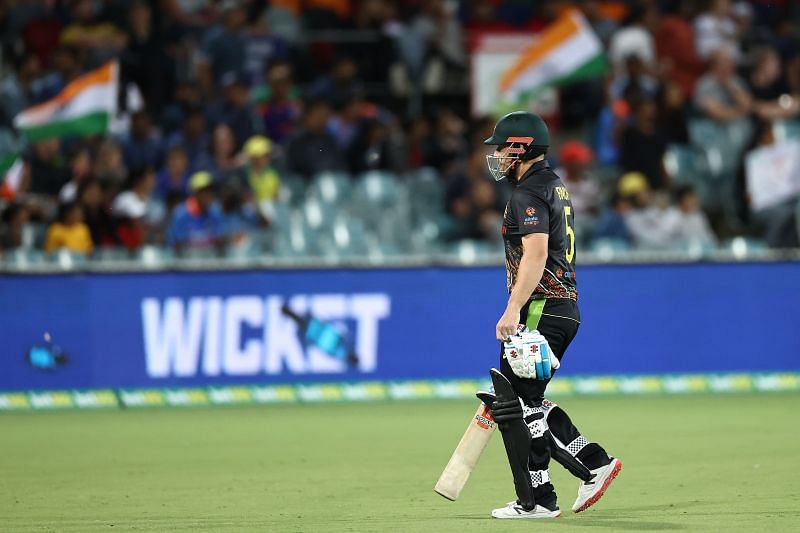 Wicket-keeper batsman Matthew Wade replaced him as the skipper for this match. Aaron Finch had picked up a hip injury during the first T20I between the Indian cricket team and Australia.

He looked a bit uncomfortable during his 26-ball 35 at the Manuka Oval in Canberra.

After the game, Finch mentioned that he did not have much of an idea about the extent of his injury. He underwent scans later, and the medical team has not allowed him to take the field in Sydney.

How easy is captaincy? 😅

How easy is captaincy? 😅

Wicket-keeper batsman Matthew Wade received an opportunity to lead the Australian team against India. The southpaw did not disappoint the backroom staff as he hit a 25-ball half-century.

Opening the innings in Aaron Finch’s absence, Wade attacked the Indian bowlers and had a 47-run opening stand with D’Arcy Short. The 32-year-old soon brought up his second T20I fifty and looked set for a grand score.

Unfortunately, he lost his wicket on 58 because of a massive confusion in the middle.

Wade chipped a ball from Washington Sundar straight to opposition skipper Virat Kohli. Surprisingly, the Indian captain could not execute the simple catch.

However, Wade thought that his innings was over and stood in the middle of the wicket. This allowed Kohli the opportunity to throw the ball to the striker’s end immediately after dropping the catch.

KL Rahul did the rest, dislodging the bails to run out Matthew Wade. Still, Aaron Finch would be impressed with his performance on captaincy debut. You can follow the live score of IND v AUS 2nd T20I here.

After India won the toss and elected to field in the 2nd T20I against Australia, Matthew Wade got his team off to a brilliant start in the powerplay.