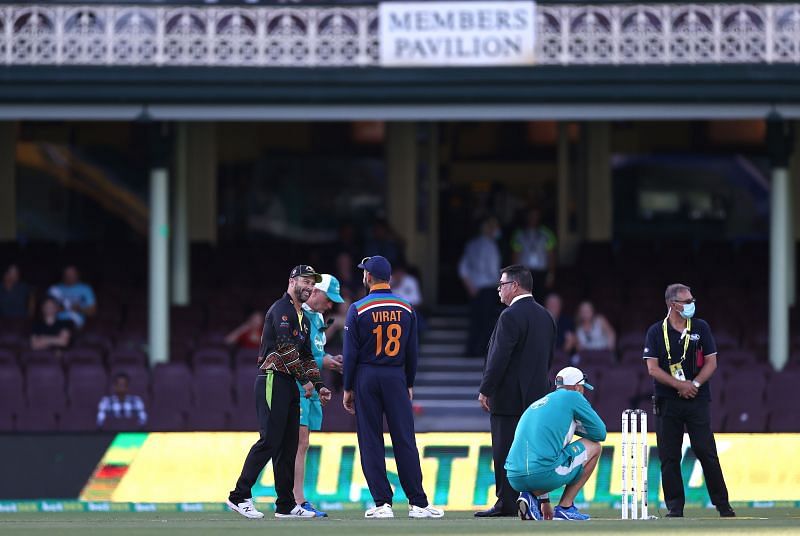 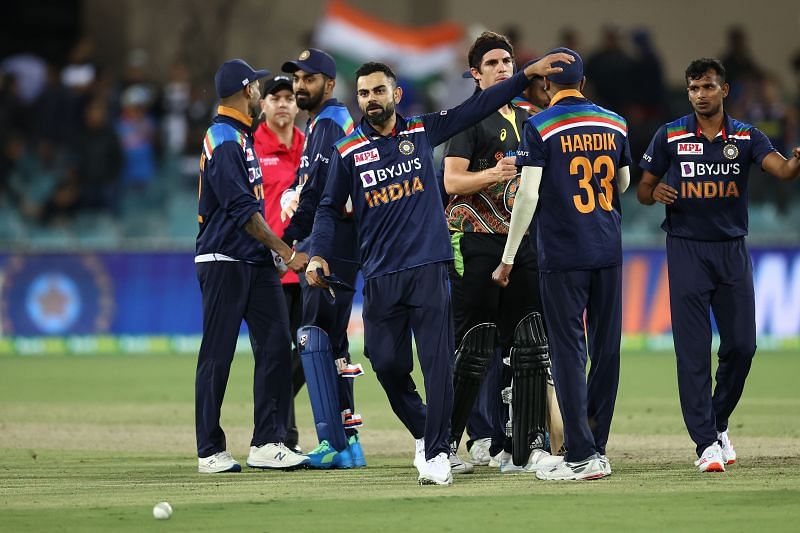 After India won the toss and elected to field in the 2nd T20I against Australia, Matthew Wade got his team off to a brilliant start in the powerplay.

The 32-year-old, who was appointed as the captain of Australia for the game due to an injury to Aaron Finch, took the attack to the Indian bowlers right from the outset. Opening the batting like he does for the Hobart Hurricanes in the Big Bash League, Matthew Wade coasted to 58 off just 32 balls.

In the 8th over bowled by Washington Sundar, the southpaw chipped a ball that held up a touch in the pitch straight to Virat Kohli at cover. The Indian captain, who had to take only a couple of steps back to take the sitter, made a meal of the opportunity.

Matthew Wade saw that Virat Kohli got his hands to the ball, and assumed that it would be taken – such was the straightforwardness of the chance. The Aussie keeper had come down the pitch in search of a run, and once he realised that his opposition counterpart had shelled the catch, tried to get back into his crease.

The effort was in vain as Virat Kohli fired in a throw to KL Rahul, who did the rest with the gloves on.

You can catch a video of the incident here:

This wasn’t a one-off for Virat Kohli, as he has consistently dropped catches both for the Royal Challengers Bangalore in the Indian Premier League and for India since the return of international cricket.

He was guilty of dropping D’Arcy Short in the 1st T20I, but that missed opportunity didn’t really cost India too much.

In the ongoing game, Hardik Pandya made a mess of a chance on the boundary to grant Matthew Wade a reprieve. India need to pull their socks up in the field immediately.

Indian cricket team captain Virat Kohli is known for his fantastic fielding performances. However, the 32-year-old has not had the best time on the field in Australia.

India and Australia played out a thriller in the 2nd T20I of the 3-match series at the Sydney Cricket Ground.