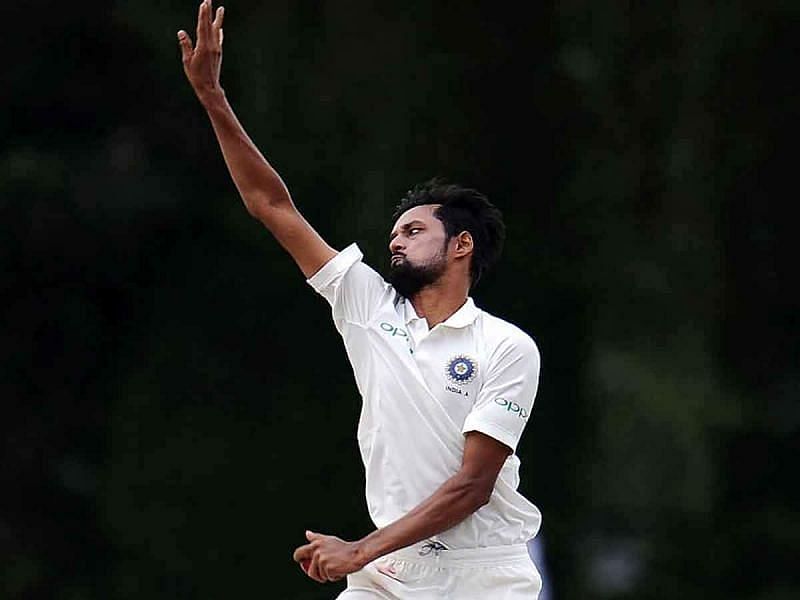 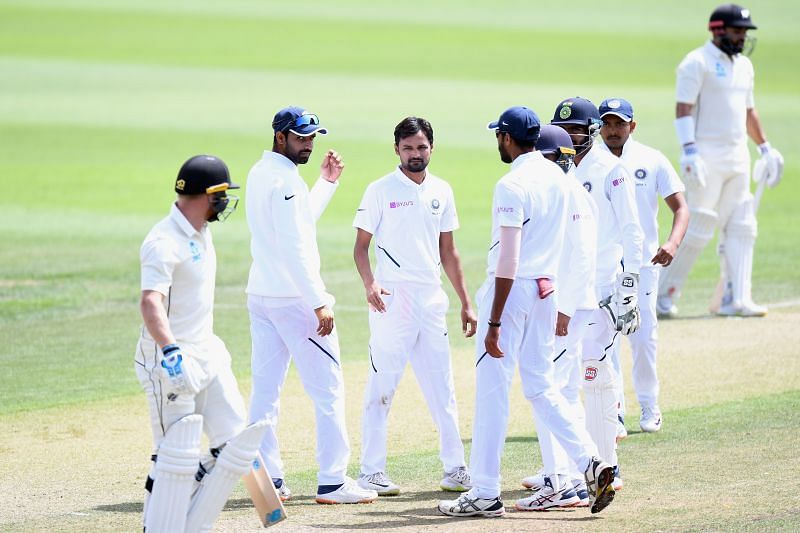 The left-arm spinner failed to pick a wicket in the 20 overs he bowled on the day, while conceding almost three and a half runs per over. He also erred in his line and lengths and overstepped on a few occasions too.

While reflecting on India’s bowling effort during a discussion on Star Sports, Ashish Nehra observed that Shahbaz Nadeem did not live up to the standards he has set in domestic cricket.

“I will just talk about the one bowler. I have seen him bowl a lot better when it comes to domestic cricket, that is Shahbaz Nadeem. The way he bowled today, the pitch did not have that much turn, but he is a much better bowler,” said Nehra.

The former Indian pacer highlighted that Shahbaz Nadeem had strayed on the pads way too often, thereby giving the batsmen easy runs.

“He bowled quite a few balls on the legs also today which were taken advantage of, specially by Sibley. Rishabh Pant was also asking him to pitch it up outside off-stump which was the right thinking. The way Sibley holds his bat, if Shahbaz Nadeem had bowled outside the off-stump, he might have probably got more success especially against Sibley,” added Nehra.

Ashish Nehra, however, said that Virat Kohli did not make a tactical mistake by getting Ravichandran Ashwin into the attack quite late in the third session.

“He (Ashwin) has bowled 24 overs today, and there are two other bowlers also playing. It is not easy; he had bowled 20 overs in two sessions, you are playing in Chennai. I wouldn’t say it was a huge tactical mistake or a blunder. It was the captain’s thinking, he might have got him a little late,” said Nehra.

Nehra pointed out that with Ashwin not looking too threatening, it was the perfect opportunity for Washington Sundar and Shahbaz Nadeem to up their games.

“If you have shown faith on someone, whether it is Washington Sundar or Shahbaz Nadeem, they need to show their talent. If Ashwin had taken three or four wickets in his 20 overs and he was causing trouble on every delivery, it would have been a different thing. He had also got just the one wicket in 20 overs, and at one point the batsmen were playing him also very well,” concluded Ashish Nehra

Virat Kohli might have let England off the hook a bit by bowling Nadeem and Sundar in tandem for a 12-over spell post the tea break.

That was because, during this period, Joe Root and Dom Sibley scored 57 runs, and the two inexperienced bowlers, playing only their second Tests, couldn’t stem the run flow.

Sibley & Root putting on a technical masterclass on how to play spin.

Sibley & Root putting on a technical masterclass on how to play spin.

Ashish Nehra has criticized the Indian bowlers for bowling a plethora of no-balls in the first Test against England.

Ashish Nehra has said that unlike Shahbaz Nadeem, Axar Patel made the best use of the opportunity given to him in the ongoing Test series against England.

Shahbaz Nadeem was a surprise inclusion in the Indian team for the first Test against England. With Axar Patel ruled out due to a knee injury, the 31-year-old left-arm spinner got his chance in the Chennai Test.