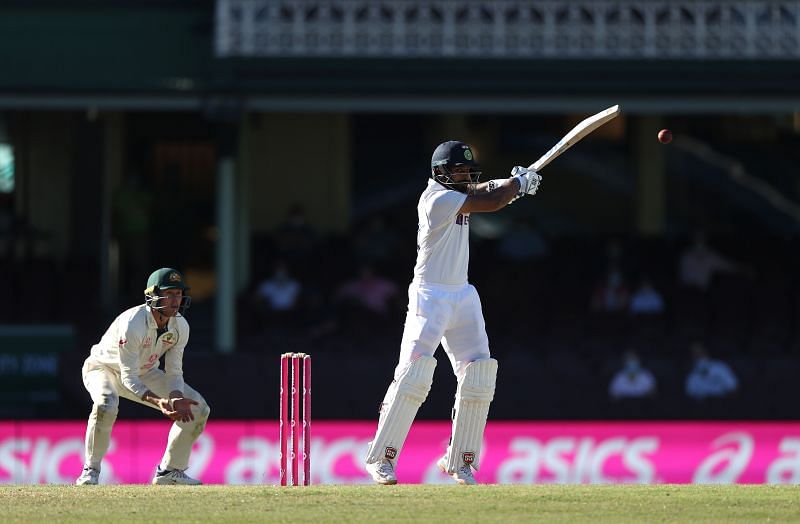 India’s fielding coach R. Sridhar has revealed that Hanuma Vihari could barely walk when he returned to the pavilion after his match-saving innings at the SCG.

Hanuma Vihari batted for 161 balls for his unbeaten 23 despite battling a hamstring injury as India managed to walk away with a highly-creditable draw in Sydney.

In an exclusive conversation with PTI, R. Sridhar recalled that, during tea on Day 5 in Sydney, he went up to Hanuma Vihari for a chat with the player. Providing details about that interaction, Sridhar said:

“At tea time in Sydney, I went up to him and told (Hanuma) Vihari, ‘You owe the next two hours to your team, as this team has backed you at every juncture’.”

“And, after those 250 balls when he came back, he could barely walk, he fell down on the chair as I went to hug him.”

The Indian fielding coach revealed Hanuma Vihari told him he had done his best.

“Sir you asked for it. This is the best I could do in this situation,” were Hanuma Vihari’s exact words.

Sridhar added that he could just mutter a ‘thank you’ in response.

Sridhar made an interesting observation when he claimed that not being a part of the IPL last year impacted Hamuna Vihari’s fitness. The fielding coach went on to explain:

“His hamstring injury is multi-factorial. Firstly, he wasn’t playing IPL like others, so general fitness level was a bit less than other guys which I told him, and then he stood at short leg for three Tests, which also contributed to his injury. But what he did in Sydney gave us belief that we could do it in Brisbane.

Sridhar described Hanuma Vihari as an intense young man, who is not the normal, jovial kind of a guy. Elaborating further on the batsman’s nature, he said:

“He can go into a shell very soon, and that’s his strength also, and it helped him in Sydney. Despite being on heavy dose of painkillers, which could make you a bit drowsy, he actually pulled off a miracle in Sydney. So when we got there in Brisbane, we had the belief that we could do it.”

Hanuma Vihari and Ravichandran Ashwin who was suffering from back spasms played out 258 balls together as India pulled off an unlikely draw at the SCG.

Buoyed by their heroics, India proceeded to beat Australia by three wickets at the Gabba in a record chase of 328 to win the Border-Gavaskar Trophy 2-1.

R Sridhar has disclosed that the fighting draw in Sydney gave Team India the belief that they could go forward and upset the applecart of the Australian team at the Gabba.