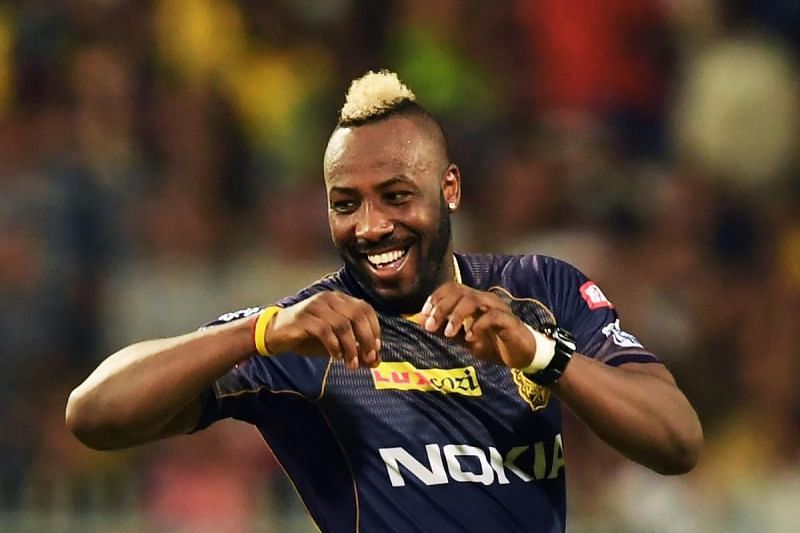 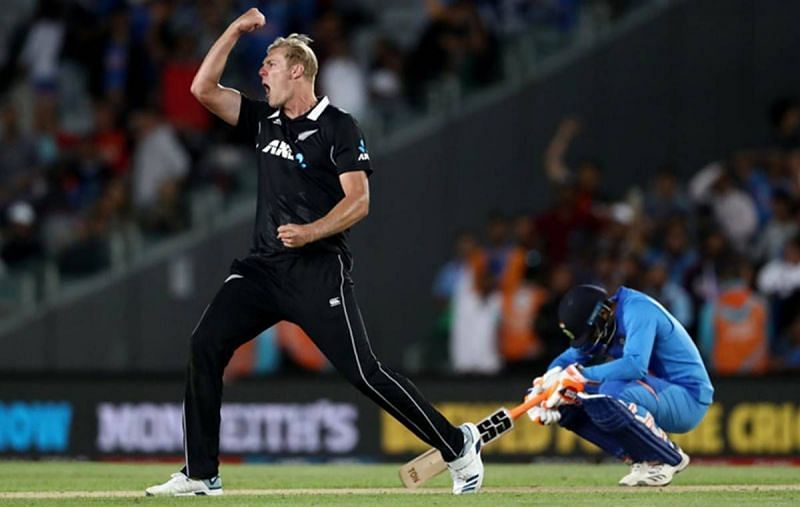 Gautam Gambhir feels Kyle Jamieson could be the “next Andre Russell in the making.” Russell flattered to deceive for the Kolkata Knight Riders last season, but he has been one of the IPL’s best performers in recent years.

Although he has never featured in the competition, Kyle Jamieson promises to attract attention during the IPL 2021 Auction. The 26-year-old has played six Tests, two ODIs and four T20Is since making his international debut against India in February 2020. He has grabbed eyeballs with both the bat and ball, following his impressive performances for New Zealand.

Previewing the IPL 2021 Auction on Star Sports, Gautam Gambhir backed Kyle Jamieson to be the next big thing in the IPL.

“Kyle Jamieson is not a big name at the moment, but he will turn out to be a superstar. This is probably the right auction for all franchisees to get a hold of him. And because he is someone whom you can keep for a longer period. He is seven feet, he is that tall. He can bowl 140 and can hit the ball long. He could probably be the next Andre Russell in the making,” Gambhir said.

The upcoming IPL 2021 live Auction will be a mini-auction, with just 292 players going under the hammer. With a mega auction to take place next year, teams will buy players on February 18 with one eye on the future. Gautam Gambhir feels roping in the Kiwi all-rounder will allow IPL franchises to build their teams around him in the future.

“Yes, he’s not a finished product and everyone knows about it but is someone who is probably young and you can have that core built around him”, Gambhir added.

Several teams are likely to bid for Kyle Jamieson as overseas all-rounders come at a premium in the IPL. Gautam Gambhir weighed in on the debate as well.

“A franchise like Kings XI (Punjab Kings) who are looking for that allrounder or some other franchise, they can think of someone like Jamieson. Even Sunrisers, because he is someone who can bowl with the new ball, and can bat at No. 6 and 7 and can hit the long ball against spin and fast bowling,” Gambhir said.

Chris Morris is another option available to teams at the IPL 2021 Auction. The South African was released by the Royal Challengers Bangalore ahead of the upcoming season. But Gautam Gambhir urged teams to go for Kyle Jamieson instead, arguing that the New Zealand all-rounder has a higher ceiling.

“It’s not as if he’s reached his peak. There are players like Russell and Morris, who have already reached their peak. They can’t get better than this. But with Jamieson, there will always be this thing where he’ll keep improving. This is his first experience in India, he’ll only start getting better from here on. So it will be a great addition if someone can pick him and keep him for a long time,” Gambhir concluded.

Kyle Jamieson has played 38 T20s so far and has proved to be an able all-rounder. He has taken 54 wickets at a healthy economy rate of 7.98, with his express pace worrying batsmen in the shortest format. On the batting front, he averages 27.14 and has an impressive strike rate of 138.68.

There is plenty of excitement around New Zealand all-rounder Kyle Jamieson as the IPL 2021 auction is all set to be held in Chennai on Thursday.

Gautam Gambhir feels the Punjab Kings should try and rope in Umesh Yadav, Chris Morris, and Kyle Jamieson at the IPL 2021 Auction.

New Zealand pacer Kyle Jamieson said that he will never forget the home series against India for the rest of his life. Kyle Jamieson was drafted into the Test side in place of Neil Wagner who was awaiting the birth of his child.

The International Cricket Council (ICC) has fined New Zealand pacer Kyle Jamieson 25 percent of his match fee for throwing the ball towards Pakistan’s Faheem Ashraf in an ‘inappropriate and/or dangerous manner’.