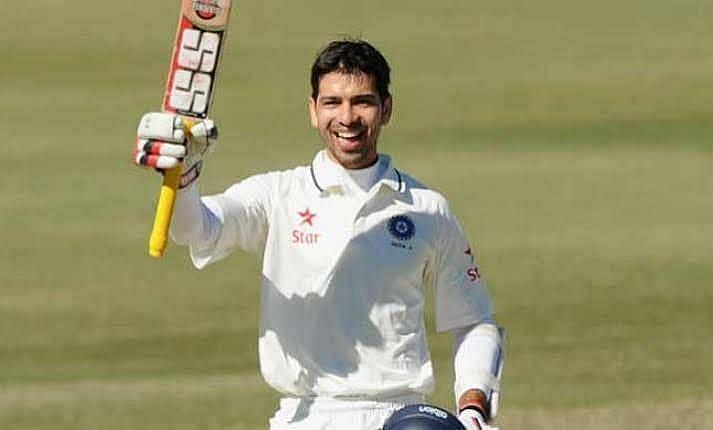 Naman Ojha (37) had a short international career in which he played for India in all three formats of the game. He made his T20I debut in June 2010 and ended up featuring in only two matches.

Naman Ojha played his only ODI against Sri Lanka in Harare in June 2010 and his only Test against the same opponent in August 2015. He fared reasonably well in the Test, scoring 21 and 35. Behind the wickets, he took four catches and effected one stumping.

While he did not get too many chances to impress at international level, Naman Ojha was a legend for Madhya Pradesh in domestic cricket.

The wicketkeeper-batsman notched up 22 centuries and 55 fifties with a best of 219 not out. Naman Ojha also played 143 List A matches and 182 T20s.

Warner smashed 109 from 54 deliveries while Naman Ojha made 64 in 46 balls as Delhi chased a target of 188 with ease.

Naman Ojha retires. He had represented INDIA in all three formats. But never got a longer run.

Naman Ojha retires. He had represented INDIA in all three formats. But never got a longer run.

While announcing his retirement, Naman Ojha described his cricketing journey as a long and wonderful phase of his life. In his retirement note he said:

“After 20 years in first-class cricket and many more during the junior competitions, I feel it’s time for me to move on. It was a long journey and wonderful phase of my life. I am grateful to all who supported me in achieving dream of playing for my country and state – my coaches, trainers, physios and selectors, my captains and teammates, my family and well-wishers, and MPCA & BCCI.”

“I was very fortunate to play alongside many legends of cricket – in my State team as well as whenever I played for India or the IPL. The list will be too long to write but I cannot forget them ever – each and every person – for their guidance, motivation, camaraderie, and constant support to me.”

#Naman Ojha retires from all formats of the game # Naman Ojha had his best period with the bat in 2013-14, which gave him the opportunity to play his only Test © PTI
Naman Ojha, the … – https://t.co/qVXyeXoJ3E pic.twitter.com/cfmN5BwSt5

#Naman Ojha retires from all formats of the game # Naman Ojha had his best period with the bat in 2013-14, which gave him the opportunity to play his only Test © PTI
Naman Ojha, the … – https://t.co/qVXyeXoJ3E pic.twitter.com/cfmN5BwSt5

He also revealed that, post-retirement, he is keen to “face the ball in global competitions” (play in foreign T20 leagues).