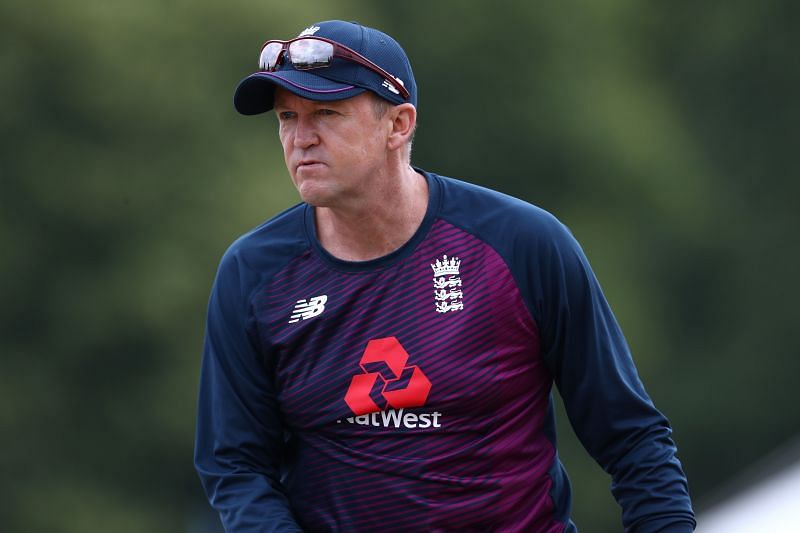 The former Zimbabwe international also added that the likes of Jos Buttler and Ben Stokes would have to take a more proactive approach while batting. Andy Flower gave a blueprint to Daily Mail on how some of the key English batsmen should approach the series:

India will be more confident after that win in Australia, and they’re also a more confident nation now about their standing in world cricket. Joe should be the rock around which we can build big innings like Cook was in our team. He’s our most skilful player of spin and can combine a really nice, soft defence with the alternating of strike and occasionally jumping out of his bubble and scoring boundaries.”

Andy Flower was the coach of England when they won the series in India in 2012. He urged Jos Buttler and Ben Stokes to play aggressively like Kevin Pietersen.

“Then we need guys like Jos Buttler and Ben Stokes to come to the party with a more pro-active game, a bit like Kevin Pietersen did in 2012. Where Root might be playing at a certain tempo, those guys can up it and really put pressure on the opposition spinners.”

England will undoubtedly go in as the underdogs even though they comfortably whitewashed Sri Lanka 2-0 in Galle recently. Joe Root has looked in great form as he smashed 228 and 186 in the two Tests against the island nation.

India recently went on top of the ICC World Test Championship table after their impressive triumph in Australia. They are followed by New Zealand and Australia at second and third. The top two teams will battle it out for the Test champions title later this year in Lord’s. Meanwhile, England are in the fourth spot.

🏴󠁧󠁢󠁥󠁮󠁧󠁿 England have arrived in India for their four-Test series, which begins in Chennai on 5 February.

🏴󠁧󠁢󠁥󠁮󠁧󠁿 England have arrived in India for their four-Test series, which begins in Chennai on 5 February.

The upcoming four-match series between India and England will be a part of the ICC World Test Championship. England still have their destiny in their hands as they need to beat the hosts either by 3-0 or 4-0 to get into the top 2. Any other result would mean that England might have to rely on other results to go their way to make the finals.