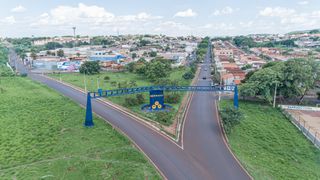 An entire Brazilian city will be vaccinated against COVID-19 in a giant experiment to test whether the vaccines reduce the spread of the virus.

The city of Serrana in the state of São Paulo is home to about 30,000 adults who will all be offered a COVID-19 vaccine within the next three months as part of a research study run by the Butantan Institute in Brazil.

Everyone in the city over the age of 18 (except for pregnant or breastfeeding women and those with serious illnesses) will be offered the CoronaVac vaccine, developed by Chinese company Sinovac, CNN reported. The aim of the study, known as “Project S,” is to figure out whether the vaccine will reduce the spread of the virus.

While clinical trials have clearly shown that the Sinovac and other COVID-19 vaccines decrease the odds of developing symptomatic disease, data on whether vaccines could fully prevent infections (even asymptomatic ones) remain limited. Some of the earliest hints suggest at least some vaccines can prevent infections; a  few weeks ago the University of Oxford published data indicating the Oxford-AstraZeneca vaccine could slow the spread of the virus, Live Science previously reported.

Of course, each vaccine will likely differ in its ability to prevent infection just as each has different efficacy at preventing mild or severe disease. Last month, the Butantan Institute announced that the CoronaVac vaccine had a 50.4% efficacy against symptomatic infection in Brazil, Live Science previously reported. Still, CoronaVac was 100% effective against death, according to The Associated Press (AP).

People will be allowed in and out of the city and participation in the study — which has already begun — won’t be required but is expected to be high, the AP reported. Participants will be monitored for up to one year but the first results are expected to come in 12 weeks, according to the AP.

“Based on what we are going to learn here, we will be able to tell the rest of the world what the actual effect of the vaccination against COVID-19 is,” Ricardo Palacios, the director of clinical studies at the Butantan Institute, told CNN.

The announcement of this study prompted a rush to buy and rent property in Serrana, with people arriving in hopes of becoming residents to be able to participate in the study and get the vaccine, according to The Guardian. But officials said they would need a history of residence to register for the trial, according to the AP.

Brazil is one of the countries worst hit by the novel coronavirus, with nearly 10 million COVID-19 cases to date and more than 242,000 deaths, according to The Johns Hopkins Dashboard. Vaccine supplies are dwindling and have already run out in several cities, according to the AP. But a special batch of vaccines was designated for this study, and so there is no risk of it running out in Serrana.

The Oxford-AstraZeneca COVID-19 vaccine may be able to reduce transmission of the coronavirus, while also stopping serious disease and death from COVID-19, early data suggests.

Researchers at the University of Oxford in the U.K. will begin to test what happens when they give people a mix of different COVID-19 vaccines.

Two COVID-19 vaccines are available in the U.S., and a third, developed by Johnson & Johnson recently submitted an application for emergency use authorization, meaning it could be available in early March.