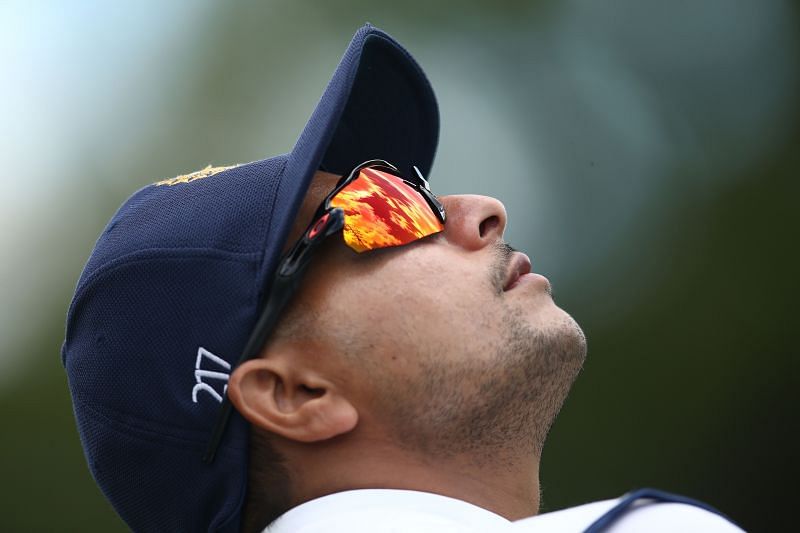 Former India wicketkeeper Saba Karim has asked left-arm wrist-spinner Kuldeep Yadav to be patient and be a team player as the latter aims to make a comeback to the playing XI.

Kuldeep Yadav was part of the Indian team for the Australia series but did not play a Test. Even at Gabba, when both lead spinners Ravichandran Ashwin and Ravindra Jadeja were injured, India preferred to hand a debut to Washington Sundar owing to his superior batting skills.

During an interaction with Sportskeeda’s Indranil Basu in an SK Live session on Facebook, Saba Karim said that it would be a good time for Kuldeep Yadav to work on his game. He said in this regard:

“Be patient; work on your skills; keep working very hard. Keep enhancing your skill not only as a bowler but also a batsman. This is a time when you can work on your batting skills. Have a very strong presence in the dressing room. Always be there to help your colleagues.”

Karim added that a player’s team spirit is tested when he is sitting out. The 53-year-old explained in this regard:

“Team spirit is when a player who is sitting out still prays for his competitor who goes out to play for his team. That’s the real definition of team spirit. I have noticed on many occasions while playing first-class cricket that the player who sits out is not in a very happy frame of mind. He is waiting to get back on to the field to replace the player who is playing in place of him.”

Kuldeep Yadav on Sunday said that he reflects on his errors when things go wrong.

He last played a Test match for India in Sydney in the New Year Test in 2019. The talented bowler picked up a five-wicket haul in that match, but his fortunes have nosedived since. With Jadeja out with an injury, the 26-year-old could get a chance in the playing XI against England though.

In a video posted by KKR on its website, Kuldeep Yadav elaborated:

“At some point you won’t do well, and that’s the time you reflect and gain experience so that you don’t repeat those errors in future.”

📽️ In this episode of #IAmAKnight, @imkuldeep18 tell us about becoming a chinaman bowler, his memories with #KKR and a lot more…#KKR #IPL2021 #Cricket #KuldeepYadavhttps://t.co/qyQzpO6MUV

📽️ In this episode of #IAmAKnight, @imkuldeep18 tell us about becoming a chinaman bowler, his memories with #KKR and a lot more…#KKR #IPL2021 #Cricket #KuldeepYadavhttps://t.co/qyQzpO6MUV

Kuldeep Yadav has played six Tests and has picked 24 wickets, doing so at an average of 24.1.

If he gets a chance against England, he would need to grab it with both hands to revive his staleld international career.

Sunil Gavaskar opined that India would need to add a bit more variety to their attack and hence, they should look to include Kuldeep Yadav in playing XI for the second Test.

Former India batsman Gautam Gambhir has expressed his surprise over Kuldeep Yadav being retained in the Kolkata Knight Riders (KKR) squad for IPL 2021.

All Indian cricketers have been under lockdown due to the coronavirus pandemic for over three months now. But Kuldeep Yadav is making the best use of this forced gap in the international calendar and preparing himself for the four-Test series against Australia at the end of 2020.

India’s premier chinaman bowler Kuldeep Yadav credited former captain and wicketkeeper MS Dhoni for a lot of his success at the international level but feels that not much will change after his retirement.

Kolkata Knight Riders’ (KKR) left-arm wrist-spinner Kuldeep Yadav has made a stunning revelation that he desired to be a fast bowler and hated spin bowling when he was growing up.at a very young age,