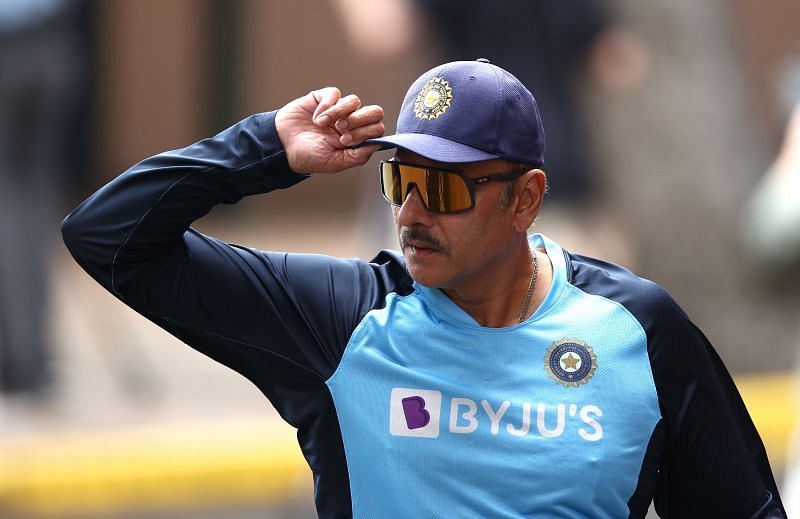 Ravichandran Ashwin and R Sridhar have revealed how Ravi Shastri straightened out the Australian authorities over certain traveling issues. According to the duo, the Shastri had even threatened to boycott the tour if the team’s concerns weren’t addressed.

Before India’s long tour Down Under, most members of the Indian contingent had played in the IPL in the UAE.

Talking on Ravichandran Ashwin‘s YouTube channel, R Sridhar said the organizers suddenly denied travel permissions to the family members of the squad. Ravi Shastri chimed in and shook everyone, from the Australian authorities to the BCCI.

“When we were quarantining in Dubai, they (the Australian tour organizers) suddenly said families are not allowed. The Australia tour had not even started but the sledging had begun. We had plenty of calls through the nights, but they said families won’t be allowed,” revealed R Sridhar.

“There were seven families then, how could we convey it to them? And then entered Ravi Shastri. He called for a Zoom call and said, “If they don’t allow my boys’ families, we will not go for the tour! Do whatever you want, we’ll see,'” said Sridhar.

The fielding coach further remarked that the authorities gave in to Ravi Shastri’s declaration overnight.

“And then he said one thing: ‘No one knows Australia more than me. I’ve been going there for 40 years. I know how to talk to them, how to bargain with them.’ The BCCI was shaken. The Australian government worked in the weekend and got permission!” said Sridhar.

Indian players are now well acquainted with the difficulties on Australian tours, both on and off the field. Even during the recent tour, there were some media-driven controversies, alleged racist remarks by the Sydney crowd and a major impasse about the continuation of the Gabba Test.

Adding to the situation, Ravichandran Ashwin talked about a ‘weird scenario’ wherein Indian and Australian players were not even permitted to use the same lift.

“It has never happened before history… in Sydney, there was a weird scenario. Both India and Australia were in the same bubble. But when Australian players were in the lift, we were not allowed to enter,” said Ravichandran Ashwin.

“It was all a bit humiliating,” replied Sridhar.

In hindsight, India’s triumph Down Under was made sweeter because the team overcame everything the Aussies threw at them. Ravi Shastri was rightly lauded for invigorating the youngsters and imbuing a take-no-prisoners attitude in the team.

Now that the penny is beginning to drop one realises what the boys have gone through to achieve what they have in COVID and quarantine times. Take a bow guys #AUSvIND #Gabba #TeamIndia 🇮🇳🙏🏻 pic.twitter.com/SHf2hs533U

Now that the penny is beginning to drop one realises what the boys have gone through to achieve what they have in COVID and quarantine times. Take a bow guys #AUSvIND #Gabba #TeamIndia 🇮🇳🙏🏻 pic.twitter.com/SHf2hs533U

Having clinched the Asia Cup title recently, India will now be playing West Indies in the month of October. Indian team has had a roller coaster ride in the past three or four months. They started off the England tour with an excellent T20I series win. However, they failed to profit on that as they capitulated in the ODI and Test series.