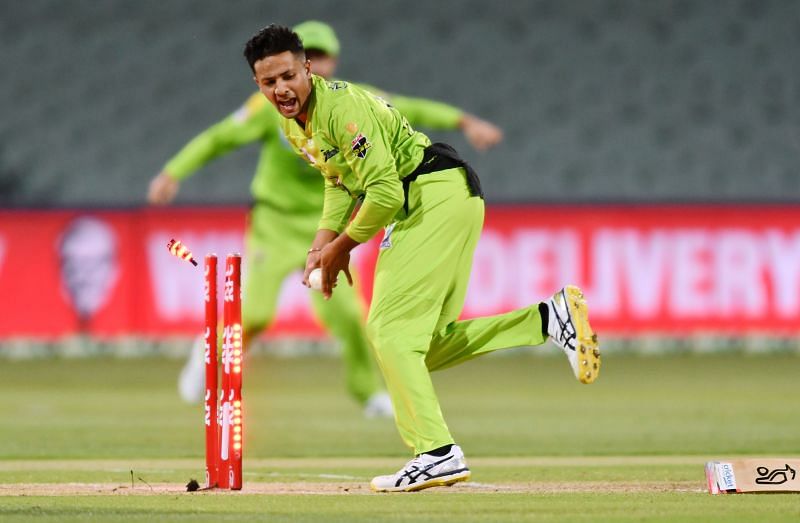 After impressing in his first outing in the Big Bash League, 19-year-old leg-spinner Tanveer Sangha has been rewarded with a national team call up for the upcoming Australia’s tour to New Zealand.

The Australians will square off against the Kiwis in a five-match T20I series starting next month.

Tanveer Sangha went on to say that he wasn’t expecting a call up to the Australian T20I side and divulged how he was taken aback when selector George Bailey spoke to him.

“I really didn’t expect it, at all. George Bailey called me up. He said I’d been picked for the New Zealand tour, the selectors were really impressed by my performance in the Big Bash, and he was looking forward to spending time with me. It is such a surprise. I didn’t have JL’s number. I got a nice text from him. Mum and dad were over the moon. Very proud and excited. I’m just trying to focus on BBL and the final we have on Sunday.”

The Sydney Thunder ace also talked about how nervous he was while playing in an elite competition like the BBL in front of the crowd and cameras.

However, he admitted he soon got used to it, and that helped in his development.

Tanveer Sangha had just turned 19 when he made his debut for Sydney Thunder this season.

The spinner is currently third on the list of highest wickets takers in the ongoing BBL.

Who else but Tanveer Sangha to break the partnership!

Who else but Tanveer Sangha to break the partnership!

Former Australian skipper Ricky Ponting lavished praise on Tanveer Sangha a few days ago and earmarked him to play for Australia soon.

Ponting was impressed with Sangha’s confidence and said to cricket.com.au:

“He’s a young bloke who looks like he’s pretty confident and in control of what he’s doing, and he bowls proper good balls so he might be someone they’d look to get into the system. “

Tanveer Sangha might have to wait in the wings a bit before representing Australia. Adam Zampa is expected to play as the first-choice spinner in the upcoming five-T20I series against the Blackcaps.

But before thinking about his Australia debut, Sangha will be keen to do well in the knockout phase of the BBL.

Tanveer Sangha is on a hat-trick, and is also the proud new owner of the BKT Golden Cap! 👏@BKTTires | #BBL10 pic.twitter.com/yyUqxymdE1

Tanveer Sangha is on a hat-trick, and is also the proud new owner of the BKT Golden Cap! 👏@BKTTires | #BBL10 pic.twitter.com/yyUqxymdE1

Ricky Ponting has backed young leg-spinner Tanveer Sangha to be picked for the five-match T20I series against New Zealand starting next month. 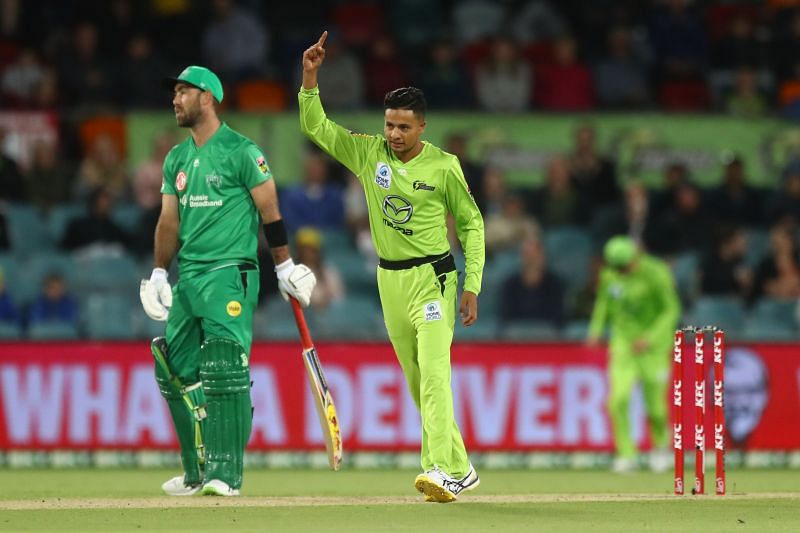 19-year-old Tanveer Sangha has received his maiden call-up to Australia’s squad for the forthcoming five-match T20I series against New Zealand starting February 22. The leg-spinner became only the second Indian-origin player to be a part of the senior Aussie side.

The Sydney Thunder beat the Melbourne Renegades by 129 runs in the BBL at the Manuka Oval on Saturday. The Thunder registered a comfortable win and blew away the Renegades with both bat and ball.

Australia have announced a separate squad for the five-match T20 series in New Zealand. The series will get underway around the same time as the South Africa tour, and a different set of players will be part of the white-ball assignment.