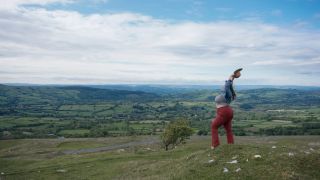 A diabetes drug may also be a promising treatment for obesity — in a new study, people taking the drug lost a stunning 15% of their body weight, which is more than has been seen with any other obesity drug on the market.

The drug, known as semaglutide, is an injectable medication that’s already approved to help control blood sugar levels in people with Type 2 diabetes. But the drug also suppresses appetite.

In the new study, published Wednesday (Feb. 10) in The New England Journal of Medicine, researchers randomly assigned 1,961 adults who were obese or overweight to receive semaglutide or a placebo as an injection once a week for 68 weeks. Participants also received counseling sessions once a month to help them adhere to a reduced-calorie diet, and they were encouraged to increase their physical activity.

By the end of the study, those who received semaglutide lost 14.9% of their body weight, on average, compared with just 2.4% of body weight in the placebo group.

Five other drugs are approved to treat obesity, but even the most effective of these drugs results in about 7.5% weight loss, according to The New York Times. And these drugs can typically be used for only short periods of time, the Times reported. For example, the weight loss drug phentermine is typically taken for 3 to 6 weeks, according to the National Institutes of Health, a much shorter amount of time than the 68-week treatment with semaglutide used in the study.

“This is the start of a new era of effective treatments for obesity,” Dr. Robert F. Kushner, an obesity researcher at Northwestern University Feinberg School of Medicine, who led the study, told the Times.

People who took semaglutide were more likely to experience gastrointestinal side effects, including nausea, diarrhea, vomiting and constipation, compared with the placebo group. But these side effects tended to be temporary.

The study also did not look at the drug’s effects beyond 68 weeks, and people would likely need to stay on the drug for life to prevent their weight from coming back, the Times reported.

The study was funded by the maker of semaglutide, Novo Nordisk. The Danish pharmaceutical company has already submitted an application with the FDA for approval of semaglutide for chronic weight management, according to CNN.

In a new study, “microdoses” of LSD were disguised in pill capsules so that participants didn’t know if they were taking real microdoses or dummy…

A horse tranquilizer is increasingly popping up as a street drug in the U.S., and it is now involved in nearly one-third of fatal opioid drug overdoses in Philadelphia, according to a new study.