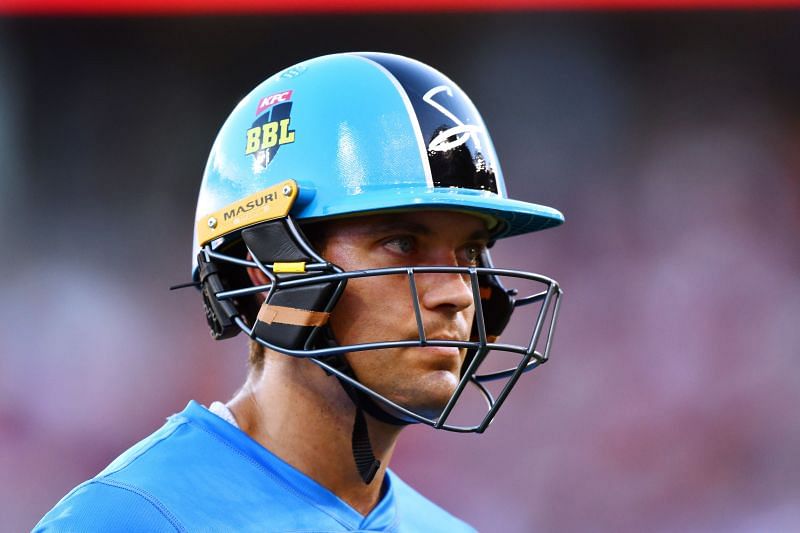 The Delhi Capitals have released a number of big names ahead of the 2021 IPL auction, with Australia wicket-keeper Alex Carey, England opener Jason Roy, West Indies’ Keemo Paul, and Nepal’s Sandeep Lamichhane all getting the boot. The 2020 IPL finalists have also released the Indian duo of Mohit Sharma and Tushar Deshpande.

None of the releases come as much of a surprise. Alex Carey failed to make an impact for the Delhi Capitals at the 2020 IPL while Jason Roy pulled out ahead of the start of the tournament. Sandeep Lamichhane and Keemo Paul were also not favoured by head coach Ricky Ponting in last year’s campaign.

Bowling all-rounder Daniel Sams has also been traded by the Delhi Capitals to the Royal Challengers Bangalore despite being retained.

Marcus Stoinis, Kagiso Rabada and Anrich Nortje, who were three of the Delhi Capitals’ most important players last season, have all been retained. England bowler Chris Woakes will also stay with the capitals even though he did not play in the 2020 IPL. West Indies power-hitter Shimron Hetmyer is the fifth overseas player the Delhi side have retained.

The Delhi Capitals have retained the majority of their Indian players, including Shikhar Dhawan, Rishabh Pant, Prithvi Shaw and captain Shreyas Iyer. They will also be boosted by the return of Ishant Sharma, who suffered an injury in the 2020 IPL.

Ravichandran Ashwin, Amit Mishra and Axar Patel are the spin-bowling options in the side ahead of the 2021 IPL auction. The team management will no doubt be keen on signing an overseas batsman and perhaps an Indian pacer at the auction.

The Delhi Capitals (DC) had their best-ever campaign in the Indian Premier League (IPL) last year. Shreyas Iyer’s side reached the final for the first time, and although they fell to the Mumbai Indians, they lived up to the lofty expectations they had going into the tournament.

Former Indian opener Aakash Chopra has picked his ideal playing XI for the Delhi Capitals (DC) in IPL 2020. He also named Shreyas Iyer as their likely standout performer in this year’s IPL.

The Delhi Capitals had a dream run in the recently concluded IPL 2020, where they finished as runners-up after losing to the Mumbai Indians in the final. There has been a rise in the Delhi side’s performances in the last two years. The side finished in 3rd place in 2019 and bettered their performance in 2020 by entering the finals for the first time in the team’s history.

Delhi Capitals’ assistant coach Mohammad Kaif has stated that the franchise will look to acquire some back-up players at the IPL 2021 auction in Chennai on Thursday.