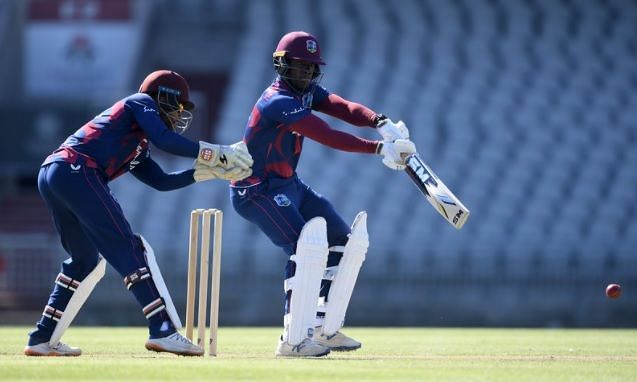 Cricket West Indies (CWI) have announced a four-day ‘Best v Best’ practice match in preparation for the upcoming series against Sri Lanka. The match is scheduled to take place from 8 to 11 March at the Coolidge Cricket Ground in Antigua.

The match will be followed by the two-match Test series. CWI Lead Selector Roger Harper explained the concept and outlined the details:

“The ‘Best v Best’ game is firstly part of our preparation for the Test series against Sri Lanka. It gives the players who performed well in the last West Indies Championship an opportunity to showcase their skills, playing against each other, which we expect to be very competitive and put forward a case for themselves. It is a chance to raise their stock and show what they can do,” Harper said.

Harper also spoke about the side’s recently-concluded Test series against Bangladesh, claiming he was really happy with the team’s performance.

“The Test series win in Bangladesh was a real joy to watch. The results were brilliant, but it was the passion, the application and the determination, as well as the team spirt that were exactly what we wanted to see. It was most encouraging to see everyone pulling together and working hard for each other and enjoying each other’s success. I think the team performed much better than many people thought they were capable of doing. I am really looking forward to seeing the team move forward and build from here,” he added.

The 26 players named for the ‘Best v Best’ match include a few uncapped players too. This is an opportunity for such players to prove their worth and break into the national team squad.

Opening batsman Kraigg Brathwite will lead Team A, while all-rounder Roston Chase has been asked to lead Team B. The squads are as follows:

Pacers Kemar Roach and Shannon Gabriel have been rested for the practice match as part of their workload management. Skipping this match will give them some time to rest and focus on the Sri Lanka Tests.

The Cricket West Indies (CWI) selection panel on Wednesday released a 14-man Test squad, and list of 11 reserves, for the tour of England scheduled to start next month on July 8th.

All the West Indies players and support staff on the ongoing tour of New Zealand have returned negative results on their third and final COVID-19 tests. The team will now move into a bio-bubble from their isolation facility.

Fast bowler Shannon Gabriel, who has recovered from ankle surgery, has been drafted into the 15-man West Indies squad for the Test series against England beginning on July 8 in Southampton.

Cricket West Indies (CWI) has announced the squad for the proposed tour of New Zealand next month, comprising of three T20 Internationals and two Test matches. CWI’s Board of Directors ratified the details of the tour during a teleconference on Thursday.