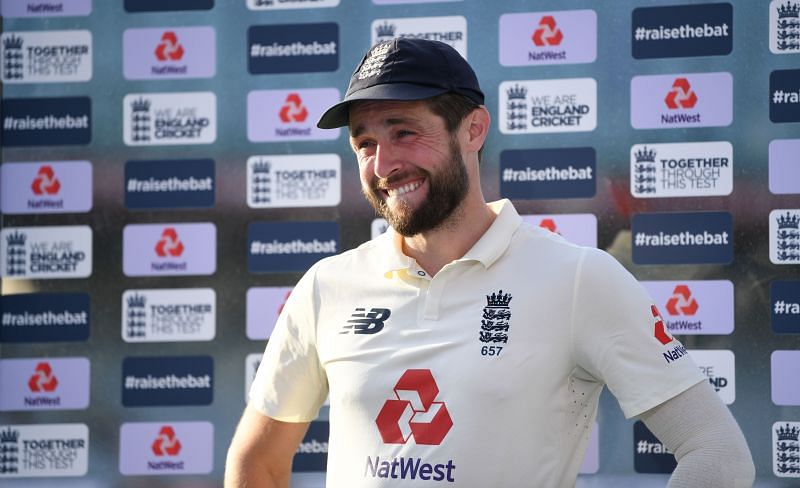 All-rounder Chris Woakes will not be available for the fourth and final Test of the series against India as he has flown back to England on Thursday. Woakes’s departure was pre-arranged, and he is the latest player to be given a break from the team’s bio-secure bubble.

The English cricketer is expected to return back to India for the ODI series in March.

Chris Woakes was part of the England squad for the first three Tests but didn’t get a chance to play in any of them. The 31-year-old has endured some frustrating times in the last few months as he was ignored in the last two series against Sri Lanka and South Africa.

The all-rounder sat out the T20I series against South Africa. Subsequently, the ODI series was cancelled due to concerns over the implementation of COVID-19 protocols.

For the two Tests against Sri Lanka, the Englishman had to go through an extended quarantine period as his flying partner Moeen Ali was found Covid-19 positive. Chris Woakes didn’t play any of the Test in the island nation, with England securing a comfortable 2-0 series win.

The recent pink-ball Test against India was probably Woakes’s best chance to make the playing XI. However, England went in with the pace battery of James Anderson, Stuart Broad and Jofra Archer for the Ahmedabad Test.

In hindsight, the move to go in with three seamers backfired for the visitors with the pitch offering prodigious turn and bounce from day one.

The move to send back Chris Woakes midway through the series shouldn’t come as a surprise given England’s rotation policy. Jos Buttler returned home after playing the first Test in Chennai.

The wicketkeeper played both the games against Sri Lanka in the last series, and as a result, he was rested for the final three Tests against India.

Moeen Ali also headed back home after playing the second Test against India. The selectors want to keep him fresh for the white-ball leg of the tour, as the all-rounder has been picked for the upcoming 5-match T20I series against the Men in Blue.

England have received a significant setback ahead of their series against Sri Lanka, as all-rounder Moeen Ali is unlikely to play the two Tests.

England were due to start training in Hambantota on Tuesday ahead of their upcoming Test series against Sri Lanka. But the session was delayed and players were left isolated in their rooms after Moeen Ali tested positive for COVID-19.