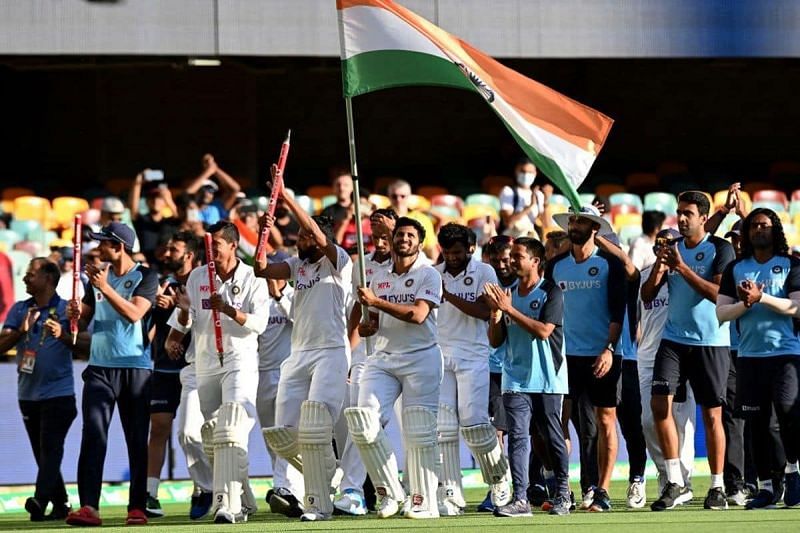 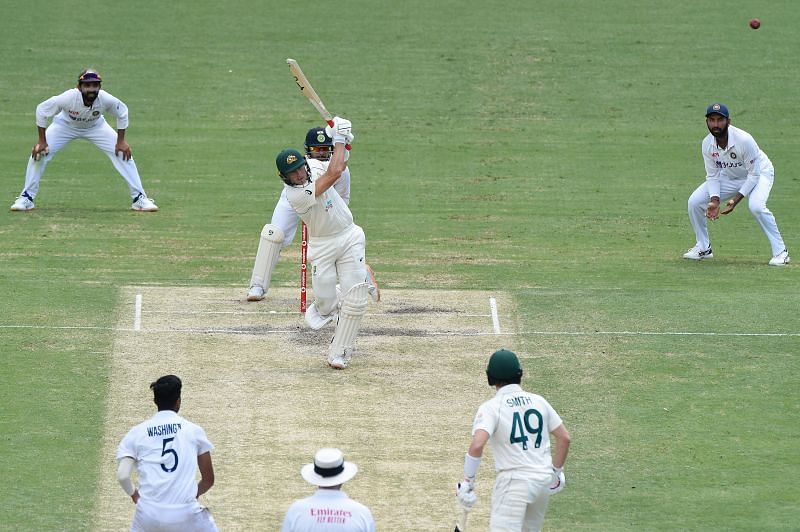 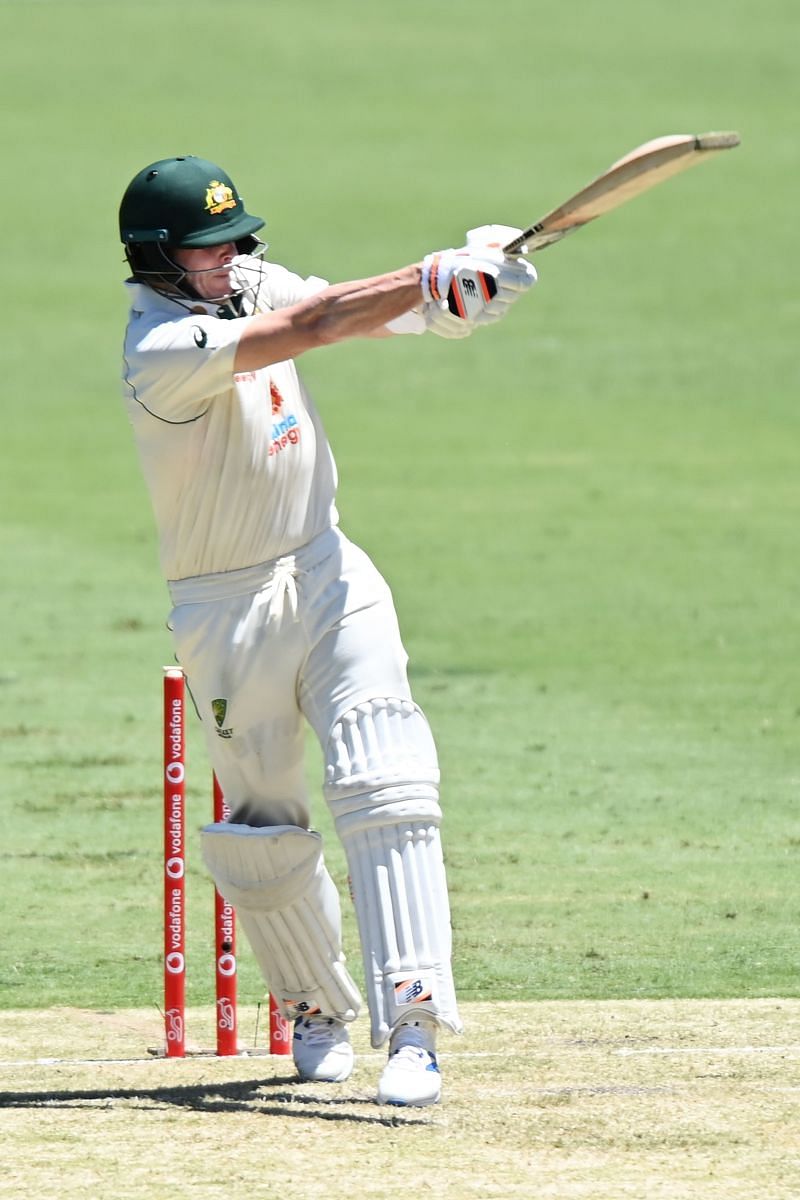 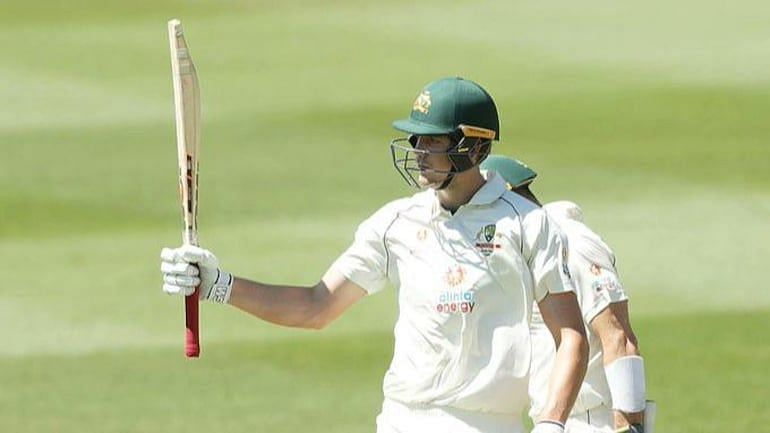 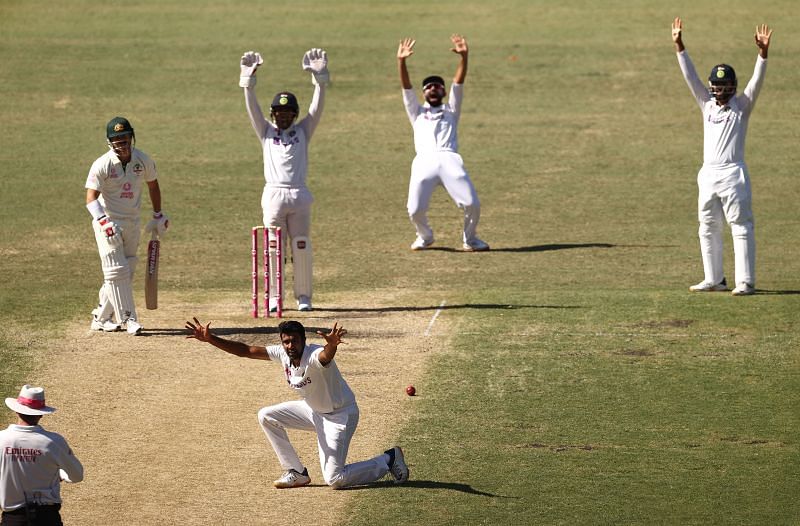 The cricketing world witnessed a miracle at the Gabba as India defeated Australia by three wickets and won the Border-Gavaskar Trophy for the second consecutive time. India’s second-string side punched well above their weight, defying all cricketing logic to retain the trophy.

The highlight of this series, from the Indian perspective, was the contribution of the young players and their performance as a group. Also, a lot of credit would have to go to the team management for their work behind the scenes.

This series was also important for India in the context of the World Test Championship. Considering how strong India are at home, a spot in the WTC final seems almost sealed now.

The series itself was a mouth-watering contest, something you’d expect when two top-class teams clash. After a freak collapse in Adelaide, the visitors bounced back and how! After a magnificent win in Melbourne, (injured) Indian batters fought hard to save the Test at the SCG and then conquered Australia’s fortress – the Gabba.

Australia would be disappointed with the scoreline, as they should be. A world-class bowling attack, a batting unit boasting of Steven Smith, David Warner, and Marnus Labuschagne, and the home advantage wasn’t enough for them to out-perform a heavily depleted Indian side.

There were nice performances from players on both sides. Let’s take a look at the combined XI from the Test series.

1. Cheteshwar Pujara: Cheteshwar Pujara played as a No. 3 for India, but he can be a fine fit in the playing XI as an opener as well. Even though he averaged under 35, Pujara blunted the new-ball well, batted long, and survived at one end. Among players who batted in at least three innings, Pujara, who registered three 50+ scores, had the best balls-per-dismissal (116) ratio.

In the first innings of the Test at Adelaide, Pujara got off to a fine start in challenging conditions. Also, he patiently played a key role in the last two Tests. In Brisbane, he copped a lot of blows to his body but didn’t give up.

2. Shubman Gill: In his debut Test series, Shubman Gill grabbed the opportunity with both hands. Gill was a positive addition at the top of the Indian order. Gill pulled the ball well against pacers; his backfoot punches and drives were exquisite. The youngster looked in fine control throughout the series.

Since control has been measured (2006-present), there have been 69 scores of 50+ by Indians in Australia. Shubman Gill’s false shot percentage of just 3% in his half century was the second most controlled, behind only Virat Kohli at Adelaide in 2014 (1.1%). #AUSvIND

Since control has been measured (2006-present), there have been 69 scores of 50+ by Indians in Australia. Shubman Gill’s false shot percentage of just 3% in his half century was the second most controlled, behind only Virat Kohli at Adelaide in 2014 (1.1%). #AUSvIND

He had just one score of under 30 in the series. And although he missed a century by 9 runs in the fourth innings at the Gabba, he played a very crucial role in India’s win.

3. Marnus Labuschagne: Marnus Labuschagne was the leading run-scorer (426) in this Test series, 113 runs ahead of the second highest scorer (Steve Smith). Batting in eight innings, he registered just one score of under 25 – that too while playing an attacking shot in Adelaide when the game was almost sealed.

Scoring three 50+ scores, including one century, Labuschagne had the second-best average (53.25) and the second-best balls-per-dismissal (106.25) ratio among those who batted in at least three innings in the series. Though he had his fair share of luck at times, Labuschagne was comfortably the stand-out batting performer.

Coming with a positive attitude at the SCG, he scored 131 & 81 and was Man of the Match. He stitched century partnerships with Labuschagne in both innings of the match. Overall, he had a fine series, but perhaps not by his standards.

5. Ajinkya Rahane (C): Since the start of the tour, India skipper Ajinkya Rahane looked in good touch. He scored an unbeaten century in the practice match and was timing the ball nicely in the Adelaide Test as well.

Come the 2nd Test, he was under obvious pressure. He had run-out his captain in the last game and was the leader this time around, but Rahane rose to the occasion. Batting in tough conditions, the stand-in skipper scored a brilliant ton in Melbourne. He also took his team home and was Man of the Match.

Rahane is also the captain of this combined XI as he had a fine series as captain. He backed the players to come good and made some great decisions.

6. Rishabh Pant (wk): After being ignored in the first Test, Pant showed what he was capable of. In Melbourne, he played a momentum-shifting 29-run knock. However, his best moments came in the fourth innings of the last two Tests.

At the SCG, batting on a Day 5 pitch, the southpaw scored 97 runs at a strike rate of 82.20 and was in fine control. He, along with Pujara, had a 148-run partnership and played a massive role in saving the Test.

In Brisbane, the Indian keeper again played a brilliant knock in the fourth innings. This one was more calculated, and he stayed till the end and took his side home. This knock also brought in a lot of praise for him, particularly from the coach and the skipper.

Steve Smith reflects on the final day at the Gabba and THAT knock from Rishabh Pant… #AUSvIND | @alintaenergy pic.twitter.com/XnKL7wnO9a

Steve Smith reflects on the final day at the Gabba and THAT knock from Rishabh Pant… #AUSvIND | @alintaenergy pic.twitter.com/XnKL7wnO9a

Even though he didn’t have a great time as a wicketkeeper against spinners, he did well against the pacers; and was brilliant as a batsman.

Pant disrupted the bowlers’ lengths, scoring at a brisk pace. His strike rate (69.89) was the best among players who scored more than 70 runs in the series. Overall, he was the leading run-scorer (274) for India with an excellent average of 68.5 – the best among batters who batted in at least three innings.

7. Cameron Green: Cameron Green is the lone all-rounder to feature in this combined XI. Arguably, he is a little lucky to find a place in this XI as Indian all-rounder Ravindra Jadeja, who looked brilliant, played just one and a half games.

Green, the debutant from the Australian side, was the third-highest run-scorer for the hosts. In seven innings in the series, he had three scores of 45 or more. At the SCG, Green played a key role in his side stretching their lead. In the third innings of the match, Cameron shared a 60-run stand with Smith and a century-stand (at 5.38 RPO) with Tim Paine.

Although he looked a bit shaky at times, particularly against spin, he was quite solid overall.

Green bowled just 11 overs per match and was wicket-less throughout the series, though he didn’t bowl too bad. His pace was quite good, and he extracted good bounce. He finished the series with an economy of 2.68 and provided decent support to the pace attack, most of the time when needed.

In the future, with Green improving further, he should be an excellent all-round option for Australia.

8. Ravichandran Ashwin: Ravichandran Ashwin comfortably outbowled Nathan Lyon, the Australian spinner, and is the lone spinner to feature in this XI. In the first two games, Ashwin scalped 10 wickets at a brilliant average of 17.70.

The off-spinner got some fine drift, turned the ball nicely, and dried up the runs by bowling consistent lines and lengths. Ashwin’s most important bowling contribution was helping India trap Smith.

Ashwin’s bowling performance in the third Test wasn’t that great. Having said that, he was a little unlucky, and fitness issues in the second innings didn’t help either. Overall in the series, he was India’s second-leading wicket-taker (12) at an average of 28.83 and an economy of 2.57.

Ashwin also played a very important role with the bat in saving the third Test for India. Batting in pain, Ashwin played for 190 minutes and faced 128 balls. He, along with Hanuma Vihari, faced 259 balls and helped India avoid defeat at the SCG.

9. Pat Cummins: Man of the Series Pat Cummins was comfortably the best player throughout the series. He bowled long spells tirelessly, accurately, and at good speeds. He displayed his excellent fitness, skills, and athleticism. Cummins moved the ball – challenged both edges of the batsmen, he bowled short balls and bouncers, he was superb!

The World No. 1 Test bowler scalped 21 wickets at an average of 20.04 and a strike rate of about 46. Among bowlers who bowled in at least four innings, he had the best strike rate, and his average was just lower than that of Hazlewood (19.35).

If you have to be critical of him, probably his performance against southpaws is your way to go.

10. Mohammed Siraj: Mohammed Siraj is the third Test debutant to feature in this combined XI. Siraj got his maiden Test cap in the second and was the leader of the bowling attack in the fourth match.

Siraj is preferred over Jasprit Bumrah in this XI, and it was close as both have almost similar numbers. But Bumrah didn’t have the best of bowling numbers as per his standards. Also, Siraj didn’t play the pink-ball Test, and the Brisbane Test, where Bumrah didn’t play, was pretty high-scoring. The paceman also bowled the most number of deliveries for India in the series.

Siraj was pretty disciplined with his lines & lengths and executed the bowling plans well. While he didn’t bowl too quick, his accuracy brought him rewards. Siraj didn’t look out of place at the Test level, thanks to his experience in Indian first-class cricket and on ‘A’ tours.

11. Josh Hazlewood: Hazlewood was the second-best bowler in the series. Often known for his accurate bowling on good-length and in the outside-off channel, the right-arm pacer didn’t disappoint this time around. As already mentioned, his bowling average (19.35) was better than that of Cummins and he was more economical (2.27) as well.

More often than not, Hazlewood looked quite threatening and didn’t give away easy runs. Much like his partner Cummins, Hazlewood also troubled the batsmen by moving the ball around, and bowling short balls, and bouncers. In the pink-ball Test, his five-wicket haul for just 8 runs was exceptional. The 30-year-old was the only bowler to bag two five-wicket hauls in this series. 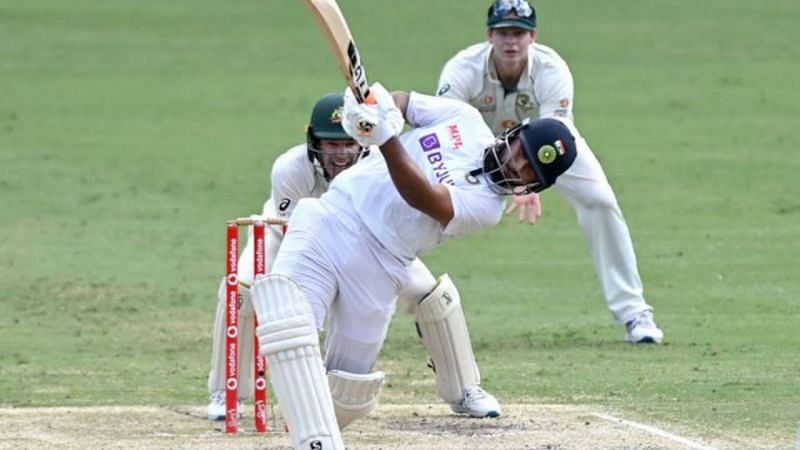 Shoaib Akhtar believes one of the main reasons behind Team India’s emhpatic win at the Gabba s their investment in the youth. The former Pakistani fast bowler thinks India are reaping the benefits of the process, which they started 20 years ago. 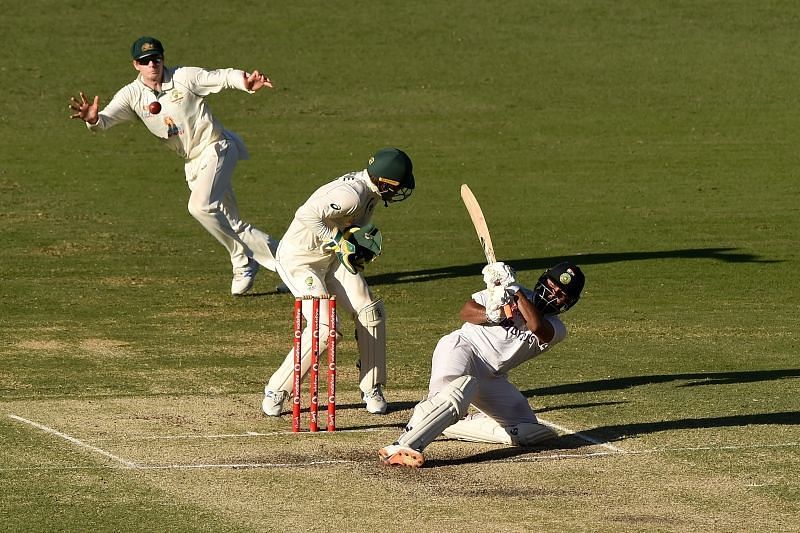