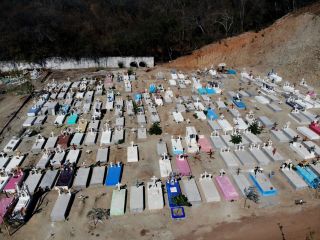 The study researchers — from Pompeu Fabra University in Barcelona, Spain, and the Max Planck Institute for Demographic Research in Rostock, Germany — analyzed data from more than 1.2 million people in 81 countries who have died of COVID-19 so far. (The researchers used information from a database of confirmed COVID-19 cases and deaths known as COVerAge-DB, which includes data from 112 countries. The analysis included all countries with at least one COVID-19 death as of Jan. 6, 2021.) Then, they calculated “years of life lost,” or the difference between a person’s age at death and their life expectancy, using data on life expectancy in these countries.

Overall, more than 20.5 million years of life were lost due to COVID-19 in these countries alone.

“From a public health standpoint, years of life lost is crucial in that it assesses how much life has been cut short for populations affected by the disease,” the authors wrote in their paper, published Thursday (Feb. 18) in the journal Scientific Reports.

Finally, the study only examined premature death, and did not look at the potential health burden of the disease among survivors, or “years lived with disability” as a result of the disease. More research is needed on the long-term health effects of COVID-19 and how frequently they occur, they said.

Nearly one-third of people with COVID-19 experience lingering symptoms up to nine months after their diagnosis, even if they initially had a mild case, a small new study suggests.

Teachers may play a bigger role in COVID-19 transmission in schools than young students do, a small new study from the Centers for Disease Control and Prevention (CDC) suggests.

The coronavirus variant that was first identified in the U.K. is now spreading rapidly in the U.S., doubling every 10 days, according to a new study.

A variant of the new coronavirus that first appeared in Southern California last summer has now spread to more than a dozen U.S. states and several other countries, according to a new study.