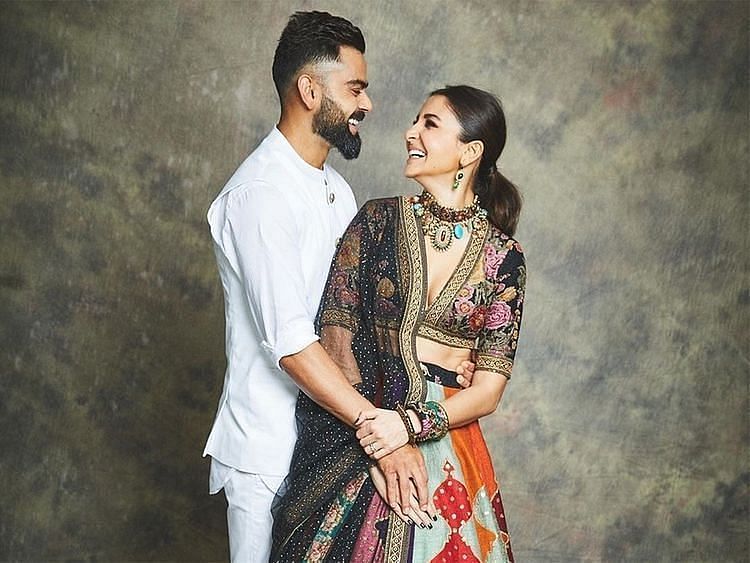 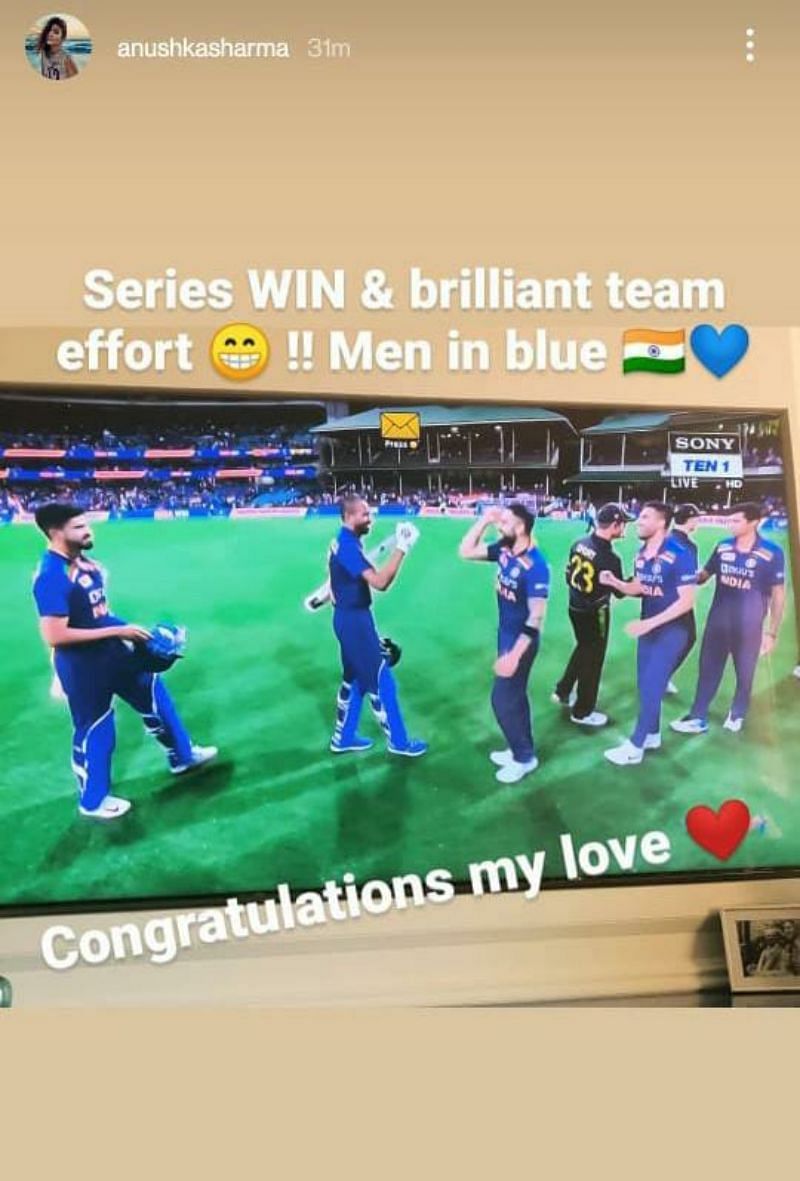 Bollywood star and India captain Virat Kohli’s wife Anushka Sharma had a special message for her ‘love’ and the Indian cricket team after their Sydney T20I triumph.

India clinched the T20I series against Australia with a six-wicket triumph in the Sydney encounter on Sunday. Taking to her official Instagram account, Anushka Sharma wrote alongside a picture of hubby Virat Kohli celebrating with Hardik Pandya:

After being hammered 1-2 in the ODI series Down Under, India have come back strongly to clinch the T20Is with a match to go.

Hardik Pandya starred for India with an unbeaten 42, including two sixes in the last over, to take India over the line.

While Virat Kohli is currently leading the Indian team in Australia, he has been granted paternity leave by the BCCI and will return to India following the conclusion of the first Test at Adelaide, which begins on December 17.

There have mostly been positive reactions to the BCCI’s decision to allow the Indian captain to be with Anushka Sharma for the birth of their first child. Australian coach Justin Langer and former India batsman VVS Laxman have backed Virat Kohli’s decision, saying one has to respect it.

On the other hand, India’s World Cup-winning captain Kapil Dev was happy that times have changed, recalling the time when Sunil Gavaskar couldn’t see his son for many months. Dev had said while speaking via video conference at HTLS 2020

“Don’t think we could afford to go and come back. That’s for sure. Sunil Gavaskar didn’t see his son for many months. It was a different thing. Look, things change. If I talk about Kohli, when his father died, he came back playing cricket the next day. Today he is taking a leave for his baby. It’s fine, you can afford it.”

Chipping in with his views, Gavaskar wrote in a column in Mid-Day that he never sought permission to return for the birth of his child as he was committed to playing for India:

“Firstly, I did not ask permission to return to be by my wife’s side for the birth. When I left with the Indian team for the (1975-76) twin tour of New Zealand and the West Indies, I was aware that the baby would come while I was away. I was committed to playing for India and my wife backed me to the hilt.”

Anushka Sharma and Virat Kohli are considered one of the most famous celebrity couples in the country. Over the years, Anushka Sharma has been seen supporting and cheering the Indian captain at various matches.

Virat Kohli has also not been shy at expressing his love towards Anushka Sharma and has been captured blowing flying kisses at her during matches in the past.

Former India Test cricketer VVS Laxman has backed Indian captain Virat Kohli on the issue of his paternity leave. Virat Kohli will play the first Test at Adelaide starting on December 17, but will return to India after to be with wife Anushka Sharma for the birth of their first child. 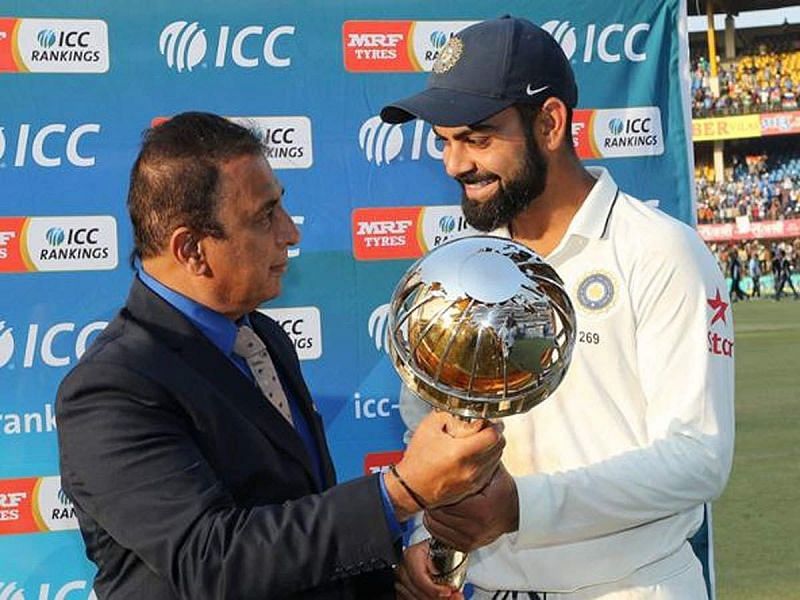 India’s 51-run loss on Sunday (November 29) means that they have now lost the ODI series. While there is a 3-match T20I series to follow, doubts have already surfaced about India’s chances in the Test series, especially with Virat Kohli not being available for the final three matches.

In his Diwali message, India cricket captain Virat Kohli requested his fans to celebrate a safe and eco-friendly Diwali by not bursting crackers. 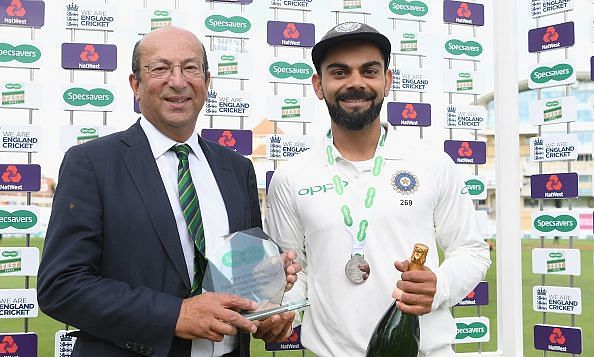 Indian skipper Virat Kohli dedicates India’s 203 run victory over England in the third Test in Trent Bridge at Nottingham to Kerala flood victims and to his wife Anushka Sharma as well.