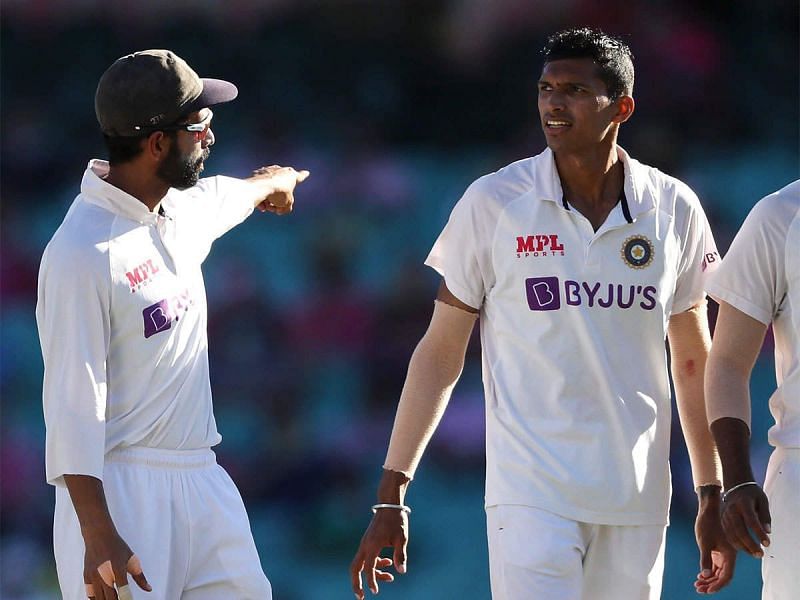 Indian cricket team pacer Navdeep Saini conceded he couldn’t say no to Ajinkya Rahane after the skipper asked whether the former could bowl after picking up an injury in Brisbane.

Although Saini rued getting injured in a crucial game, he admitted the game’s importance gave him the confidence to keep going.

Navdeep Saini went off injured after bowling just 7.5 overs on Day 1 in Brisbane. The fast bowler picked up a groin injury, and could not bowl in the 1st innings despite his best efforts. However, Navdeep Saini showed great courage as he came out to bat on both occassions, even bowling 5 overs in Australia’s 2nd innings.

The young pacer spoke to PTI on Saturday about his experience of playing in Australia, admitting he fought through the pain barrier to play for India.

‘Ajinkya bhaiya asked me If I would be able to bowl with the injury, I just had to say yes. I just wished if I could keep going with that injury and support my team. I knew I might not get a stage like that again. Captain asked me if I could do it. I was in pain but said I would do with whatever I could.”

The fast bowler got injured right after Ajinkya Rahane dropped a catch off his bowling. But Navdeep Saini revealed that his injury, and not Marnus Labuschagne’s wicket was the first thing that came to his mind after he pulled up while bowling.

“I was fine and suddenly I got injured. I was wondering ‘why it is happening in such a crucial game and have got the opportunity to play after a long time”

Despite the setback, Navdeep Saini didn’t back down from the challenge. He scored 5 runs in the 1st innings and was on the non-striker’s end as Rishabh Pant hit the winning boundary on Day 5. The fast bowler also put his hand up and bowled 5 overs during Australia’s 2nd innings, despite visibly struggling with fitness.

Navdeep Saini had a memorable Test debut where he picked four wickets 👊🏻 pic.twitter.com/fUktbmHue8

Navdeep Saini had a memorable Test debut where he picked four wickets 👊🏻 pic.twitter.com/fUktbmHue8

Navdeep Saini made a solid debut in Sydney, picking up 4 wickets. His maiden Test wicket was that of fellow debutant Will Pucovski, as Saini’s full in swinger trapped the opener LBW. Looking back at it, Navdeep Saini admitted that moment will always be a special one for him.

‘All wickets were special but yes you can’t forget the first one. Because until that happens, you keep thinking about that first wicket.’

Navdeep Saini’s emergence as a Test bowler adds to India’s embarrassment of riches in their pace attack. Saini’s express pace and the bounce he gets due to his height adds another dimension to India’s diverse pace attack. As Saini recovers from injury, he has been left out of India’s Test squad for the first 2 Tests against England.

Happy Endings come after a story with lots of ups and down. #HistoricWin

Happy Endings come after a story with lots of ups and down. #HistoricWin

The Indian medical team faces a race against time to get injured fast bowler Navdeep Saini fit for the second innings in Brisbane.

The Royal Challengers Bangalore (RCB) have been handed a slight setback, as lead pacer Navdeep Saini has suffered a split webbing on his bowling hand. 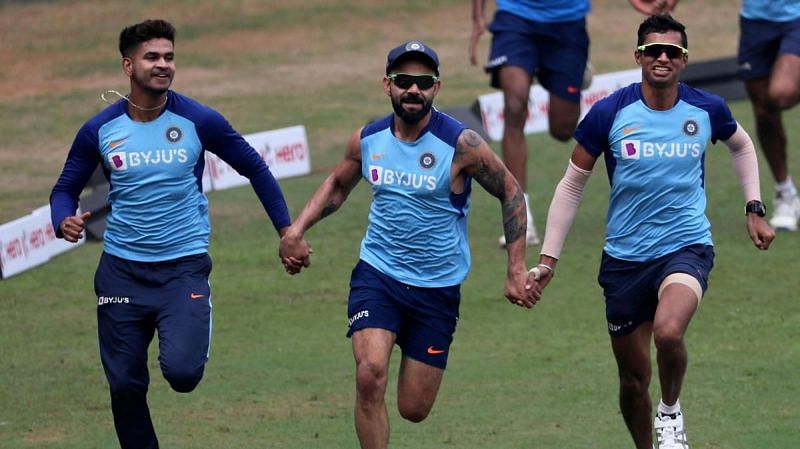 India pacer Navdeep Saini said that Indian skipper Virat Kohli always appreciates bowlers who have their own opinion on how to bowl rather than just depending all the time on what the captain says.

Team India pacer Navdeep Saini has said that a lot of credit for the Indian players staying ready to take on Australia in the just-concluded 2020-21 Test series Down Under goes to head coach Ravi Shastri.