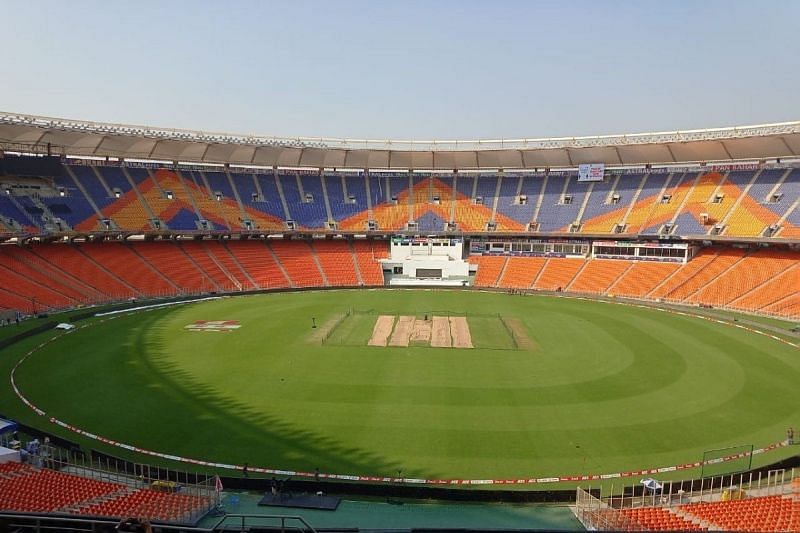 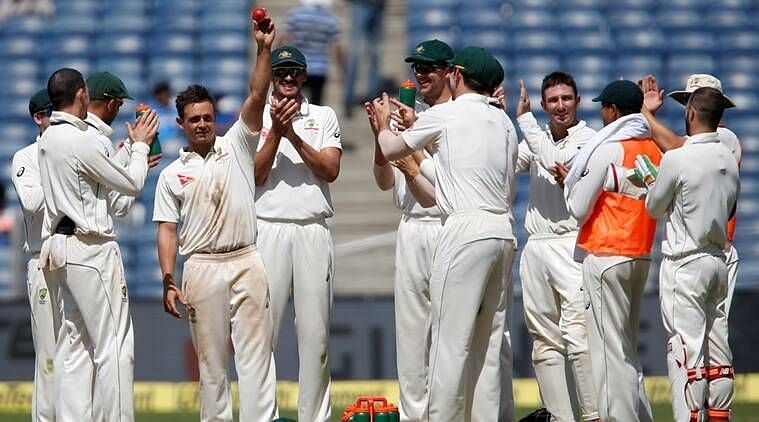 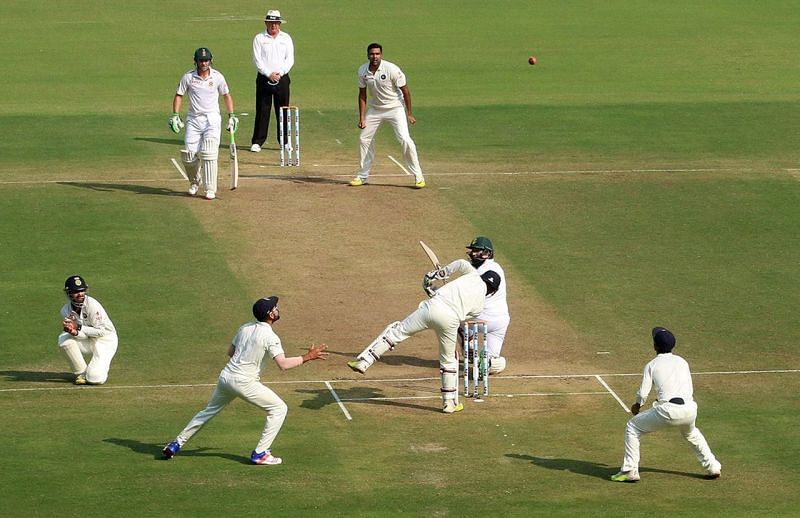 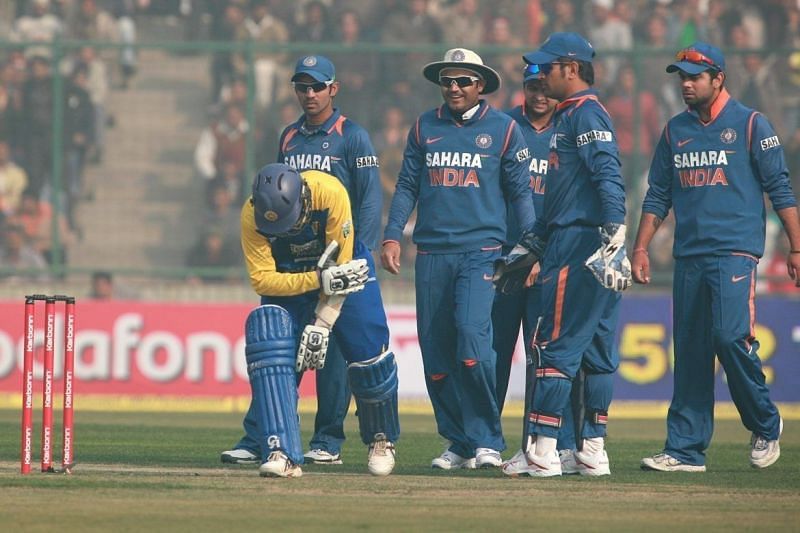 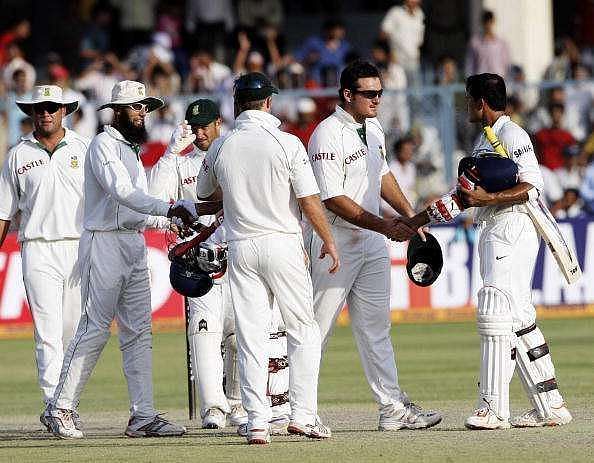 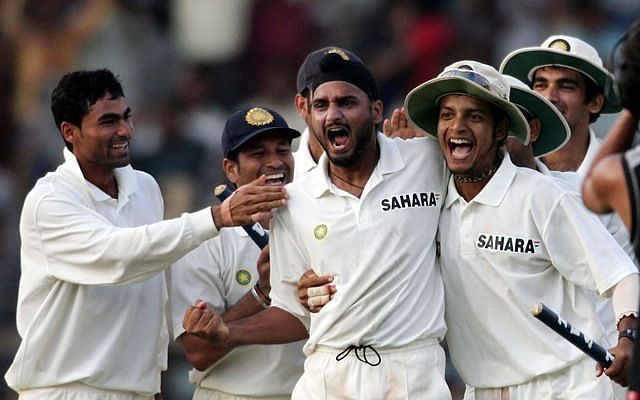 There has been a lot of chatter about the quality of the pitch laid out at the newly inaugurated Narendra Modi stadium for the 3rd Test between India and England. The match lasted only 2 days with Virat Kohli’s men prevailing by 10 wickets to take a 2-1 lead in the 4-match series.

Batting poorer than the pitch? Easy Mr Bal! There is Virat, Root, Stokes, Rohit playing in this Test. https://t.co/FlbBytYoaf

Batting poorer than the pitch? Easy Mr Bal! There is Virat, Root, Stokes, Rohit playing in this Test. https://t.co/FlbBytYoaf

Kohli was quick to defend the pitch and felt that the quality of batting on both sides was to blame for such an early finish to the match. However, there were others who felt that the square turner dished out in Ahmedabad was not up to international standards and did not serve as a good advertisement for Test cricket.

As fans wait to see whether ICC deems the Motera pitch ‘poor’ or not, it is a good time to look back at some recent instances when Indian pitches came under the scanner.

The first match of the 2017 series between India and Australia was over in 3 days as the hosts’ decision to dish out a dustbowl backfired. While Indian spinners were expertly negotiated by Steve Smith and co., Kohli’s men were undone in both the innings by Aussie tweaker Steve O’Keefe’s record match-haul of 12/70 (6/35 and 6/35).

India only managed to score 212 runs in the match for the loss of 20 wickets and ended up being humbled by 333 runs. To make matters worse, match referee Chris Broad rated the Pune pitch as poor due to the loose soil at both ends which led to deliveries spinning and exploding off the surface from the beginning of the match.

Match referee Jeff Crowe wasn’t too pleased with the surface prepared for the third Test between India and South Africa. The Nagpur pitch offered excessive turn and uneven bounce thoughout the match as South African batsmen were all out for 79 runs in the first innings.

While India won the match by 124 runs inside 3 days thanks to Ravichandran Ashwin’s 12-wicket match haul, the Nagpur pitch was rated poor by Crowe.

Doing the pitch report ahead of the 5th ODI between India and Sri Lanka, the Feroz Shah Kotla strip in 2009, was described by Sunil Gavaskar as “a hair transplant with bald patches” due to its uneven sprinkling of grass.

The poor Lankan batsmen were at the receiving end of some nasty blows as some deliveries pitched on the same spot bounced and seamed while the other kept alarmingly low. The umpires had seen enough by the 23rd over of the innings and thankfully called off the match, terming the pitch as “dangerous”.

Following an investigation by the ICC, the Feroz Shah Kotla pitch was rated as ‘unfit’ and the ground was banned from hosting international cricket for a period of one year.

Coming into the the last Test of the series 1-0 down, India decided to prepare an under-prepared track at Kanpur to unsettle the South Africans. Visiting coach Mickey Arthur called it a “poor cricket wicket” as India squared the 3-match series, winning by 8 wickets inside three days.

The pitch at Kanpur had started crumbling halfway through the first session of the match and predictably, the match referee rated it as poor due to its dryness and unvariable bounce.

Having already lost the series, India eked out a consolation 13-run win in just over 2 days at the Wankhede, thanks to their spinners wreaking havoc to dismiss the Aussies for a shocking 93 runs in the 4th innings. This was also the match where Michael Clarke recorded the famous figures of 6/9 with his part time left-arm spin.

However, the visitors were not pleased with the square-turner with captain Ricky Ponting leading the chorus and saying “It was nowhere near a Test wicket.” But most of the experts concurred that it was shocking batting rather than a shocking pitch which led to the Australian collapse.

Indian spinner Ravichandran Ashwin has vehemently hit out at those criticising the pitch laid out at the Narendra Modi stadium in Ahmedabad, where India defeated England by 10 wickets within 2 days.

Michael Vaughan‘s support of Rohit Sharma on the raging pitch debate has raised quite a few eyebrows. The former England captain retweeted the video uploaded on BCCI’s official Twitter account where the star Indian opener slams those criticizing Indian pitches.

The India vs England Test saw wickets fall like a pack of cards. After 13 wickets fell on Day 1 of the Test, Day 2 comfortably eclipsed that tally, with 17 wickets falling today.