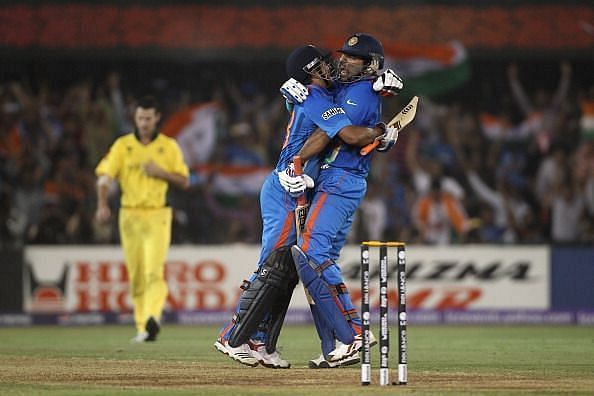 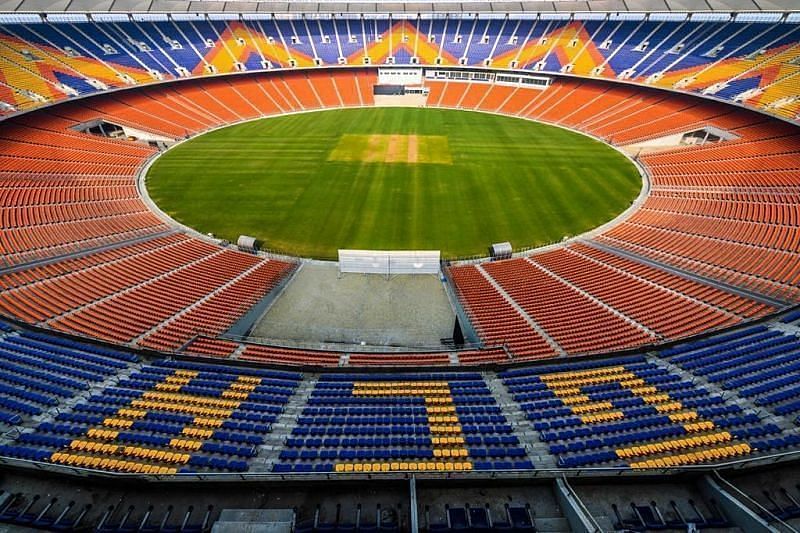 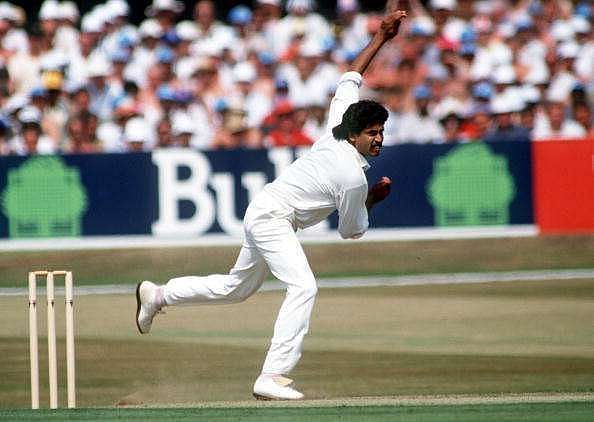 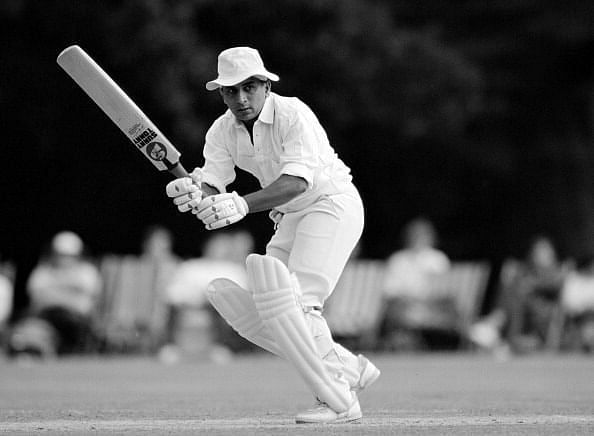 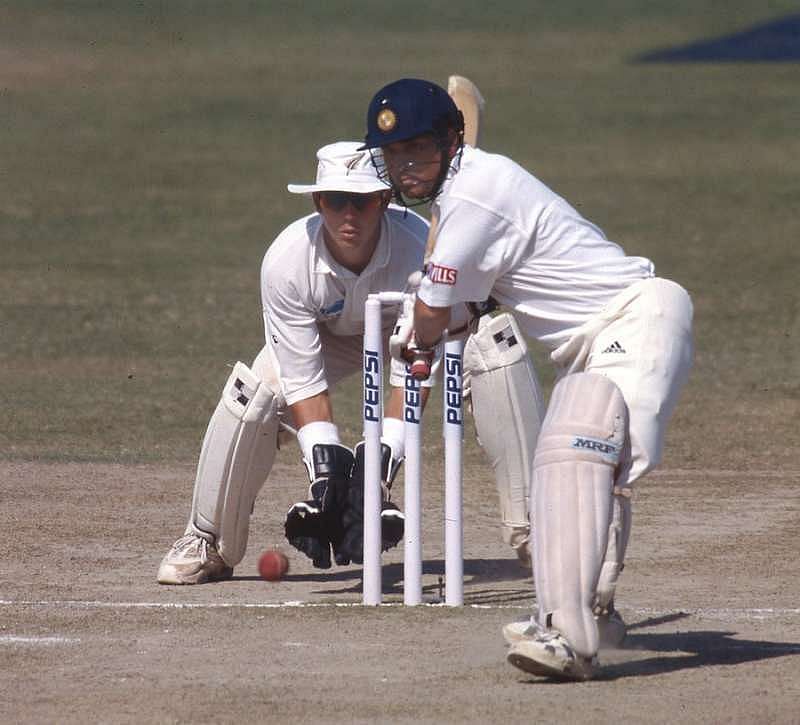 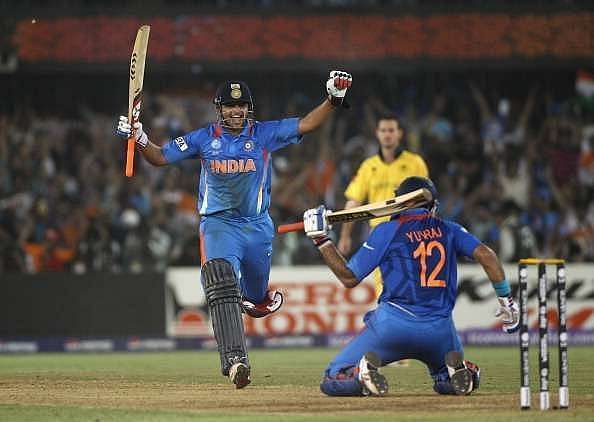 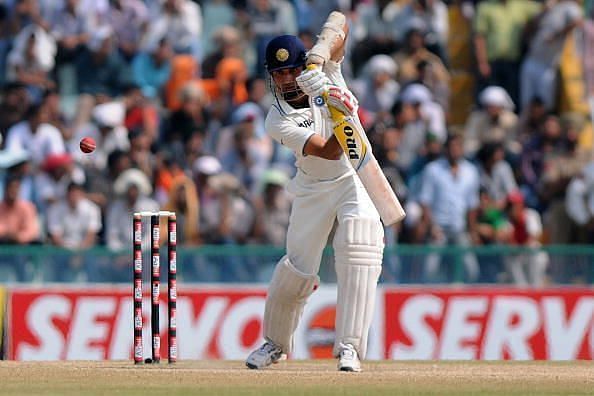 The third Test between India and England at the Motera Stadium in Ahmedabad, which begins on February 24, will be special for more than one reason.

The India-England game will be the first Test to be played at the rebuilt Motera Stadium. The last Test match played at the ground also featured India and England. In that November 2012 Test, India were victorious by nine wickets but went on to lose the series 1-2.

Motera now returns as the world’s largest cricket stadium, with a seating capacity of 110,000. Players from both India and England have been captivated by the splendour of the giant stadium.

The match at Motera will be only the second pink-ball Test in India; the first was held at the Eden Gardens in Kolkata between India and Bangladesh in November 2019.

It may now be renowned as the world’s biggest cricket stadium. However, Motera has always held a special pride of place in Indian cricket. On that note, let’s have a look at five such reasons.

It was at the Motera Stadium on February 8, 1994, when Kapil Dev broke Sir Richard Hadlee’s then-world record of most Test wickets.

Kapil Dev was on 431 wickets going into that Test against Sri Lanka. The visitors won the toss and elected to bat first.

The historic moment came when the 1983 World Cup-winning captain had Hashan Tillakaratne caught by Sanjay Manjrekar at forward short-leg for 5. Incidentally, that day was the birthday of then-Indian skipper Mohammad Azharuddin.

#MilestonesofMotera: Kapil Dev’s new record in Test wicket-taking. It was in our own #Motera stadium in 1994 that @therealkapildev took his 432nd wicket to surpass Richard Hadlee & become the then world’s highest wicket-taker. What a legend! @BCCI @GujCricketAsso @BCCIdomestic pic.twitter.com/DcCRA5LFBf

#MilestonesofMotera: Kapil Dev’s new record in Test wicket-taking. It was in our own #Motera stadium in 1994 that @therealkapildev took his 432nd wicket to surpass Richard Hadlee & become the then world’s highest wicket-taker. What a legend! @BCCI @GujCricketAsso @BCCIdomestic pic.twitter.com/DcCRA5LFBf

Left-arm spinner Venkatapathy Raju ran through the visitors’ batting line-up, picking up 11 wickets, while Azharuddin scored 152. India won the Test by an innings and 17 runs to clinch the three-match series 3-0.

Kapil Dev played one more Test in Hamilton, picking up a wicket in each innings to finish his career with 434 scalps. The Indian legend’s record stood for six years before it was broken by Courtney Walsh in 2000.

Gavaskar achieved the feat in the fourth Test of the five-match series between India and Pakistan at the Motera.

Batting on 57 in India’s first innings, the Indian legend nudged one through slips off the bowling of Ijaz Faqih to reach the five-figure landmark. Motera went berserk as crowds swarmed in to wish the maestro.

66. Gavaskar scored his 10000th run in the Ahmedabad Test when he played a late-cut off Ijaz Fakih.

There was all to play for in Bengaluru. pic.twitter.com/c8Vqd2tla8

66. Gavaskar scored his 10000th run in the Ahmedabad Test when he played a late-cut off Ijaz Fakih.

There was all to play for in Bengaluru. pic.twitter.com/c8Vqd2tla8

Gavaskar was eventually dismissed for 63 off 170 balls, trapped lbw by Imran Khan. The match ended in a draw after India responded with 323 to Pakistan’s first-innings total of 395; Dilip Vengsarkar scored 109.

The batting genius ended his career with 10,122 runs from 125 Tests, signing off with an epic 96 in his last Test against Pakistan in Bangalore.

In 1993, former Australian captain Allan Border went past Gavaskar’s record for most Test runs before going on to become the first batsman to score 11,000 Test runs.

Nearly a decade after his Test debut, Sachin Tendulkar notched up his maiden double hundred, doing so against New Zealand at the Motera on October 30, 1999.

India won the toss and elected to bat first in the third Test of the three-match series. Tendulkar was in complete ease, ending Day 1 unbeaten on 104, with India in a strong position at 311 for 3.

He continued the good work on Day 2 as well, frustrating the New Zealand bowlers. Tendulkar and Sourav Ganguly (125) featured in a mammoth 281-run stand for the fourth wicket.

Today I reached the milestone of 200 followers 😁

Here are some Tendulkar’s First

Today I reached the milestone of 200 followers 😁

Here are some Tendulkar’s First

Tendulkar hit 29 fours and faced 344 balls during his stay in the middle, entertaining the Motera crowd. His innings eventually ended on 217 when he pulled Daniel Vettori to mid-wicket, where Dion Nash took a sharp catch.

After winning the previous three World Cups, Australia were among the favourites to clinch the 2011 edition of the tournament jointly hosted by India, Sri Lanka and Bangladesh.

The Aussies did reasonably well in the group stage, winning four matches before going down to Pakistan in their last league game by four wickets. The defeat ended their incredible 34-match unbeaten streak in the World Cup.

India, in the other group, also won four of their six games to progress to the knockouts. It was very much a battle of equals when India faced Australia in the 2011 World Cup quarter-final at the Motera on March 24.

The defending champions won the toss and elected to bat first. Openers Shane Watson (25) and Brad Haddin (53) added 40 runs for the opening wicket before Ravichandran Ashwin cleaned up Watson when the batsman missed a slog sweep.

The match had everything – a Ricky Ponting 💯, fifties by Tendulkar and Gambhir, and a brilliant all-round display by Yuvraj Singhhttps://t.co/Gt2nAEJf1R pic.twitter.com/UnXzfCUBaj

The match had everything – a Ricky Ponting 💯, fifties by Tendulkar and Gambhir, and a brilliant all-round display by Yuvraj Singhhttps://t.co/Gt2nAEJf1R pic.twitter.com/UnXzfCUBaj

Haddin fell immediately after crossing his fifty, trying to take on Yuvraj Singh. Skipper Ricky Ponting (104) led from the front for the Aussies with yet another century. However, India kept chipping away with wickets from the other end.

David Hussey’s cameo of 38 not out from 26 balls lifted Australia to a competitive 260 for 6. Yuvraj Singh was India’s best bowler with 2 for 44.

Virender Sehwag (15 off 22) looked uncharacteristically out of sorts for India. However, half-centuries from Sachin Tendulkar (53) and Gautam Gambhir (50) kept India in the hunt. During the course of his knock, Tendulkar also went past 18,000 runs in ODI cricket.

India looked in control of their chase when Gambhir needlessly ran himself out, trying to go for a non-existent run. Yuvraj Singh, however, kept his calm. In the company of the unheralded Suresh Raina (34 not out off 28), the two left-handers took India home by five wickets.

Singh (57 not out) deservedly hit the winning runs with a fierce drive through the covers off Brett Lee. Australia’s reign as world champions ended, and India went on to be crowned the new glory boys of one-day cricket.

The 1996 India-South Africa Test at the Motera is remembered for multiple reasons: Allan Donald’s seven wickets in the match, Fanie de Villiers’ unbeaten 67 and Javagal Srinath’s 6 for 21 as the Proteas crumbled to 105 in a chase of 170.

The Test also marked the entry of one of India’s special batting talents, VVS Laxman. The young cricketer gave a glimpse of his mettle in his very first Test.

After being done in by Donald for 11 in the first innings, Laxman top-scored for India with a defiant half-century in the second, the kind of innings that would become the hallmark of his glorious Test career.

On a tough batting surface, with wickets falling around him, Laxman kept the quality bowling attack at bay. He occupied the crease for 170 minutes and faced 125 balls for his 51. Laxman also featured in a crucial 56-run stand for the eighth wicket with Anil Kumble (30 not out).

I vividly remember this knock and my Test debut. Will be forever greatful to the almighty for making me realise my childhood dream of playing Test for India and also for giving me a opportunity in my very 1st test to contribute to Teams success🙏🙏#blessed #memories https://t.co/EDj9tGuwZ0

I vividly remember this knock and my Test debut. Will be forever greatful to the almighty for making me realise my childhood dream of playing Test for India and also for giving me a opportunity in my very 1st test to contribute to Teams success🙏🙏#blessed #memories https://t.co/EDj9tGuwZ0

Laxman’s innings came to an end when he was trapped lbw by Paul Adams. Thanks to the debutant’s dogged knock, the Indian bowlers had something to defend. Srinath then worked his magic with the ball to script one of India’s famous Test wins.

The very mention of this Test at the Motera became synonymous with Srinath’s legendary spell. But the victory would not have been possible without Laxman’s composed knock. 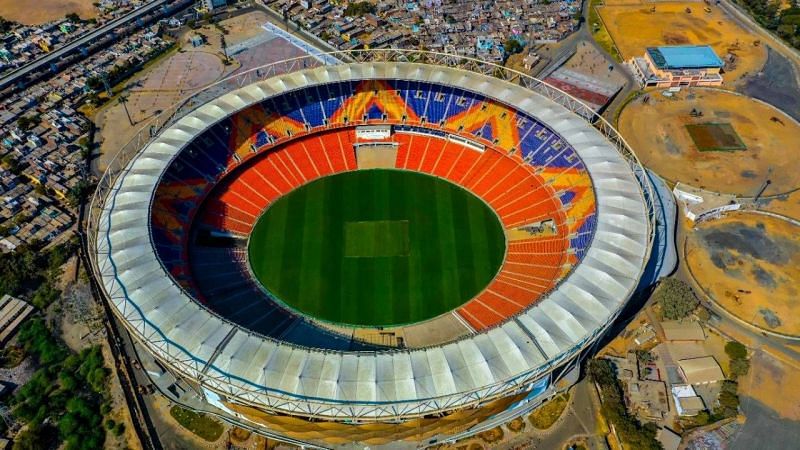 For three decades, the Sardar Patel Stadium, also known as the Motera Stadium has seen some of Indian cricket’s finest moments.

The first leg of the India-England Test series in Chennai concluded with both teams winning a match each. The stage is now set for a dramatic finale at the new-look Sardar Patel stadium in Motera, Ahmedabad.