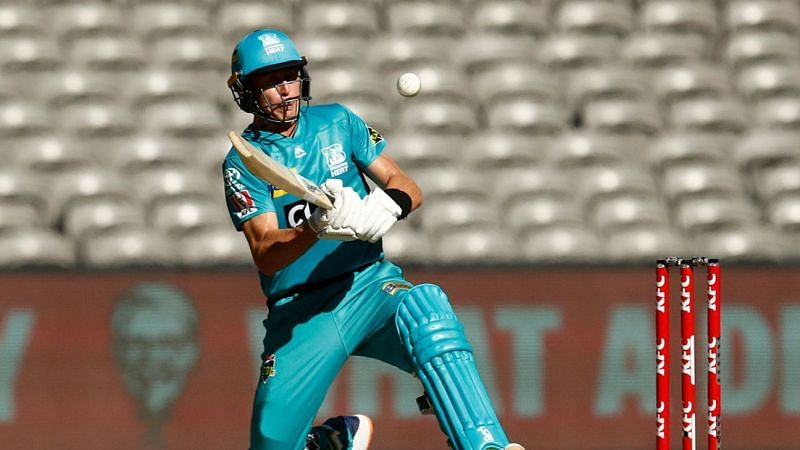 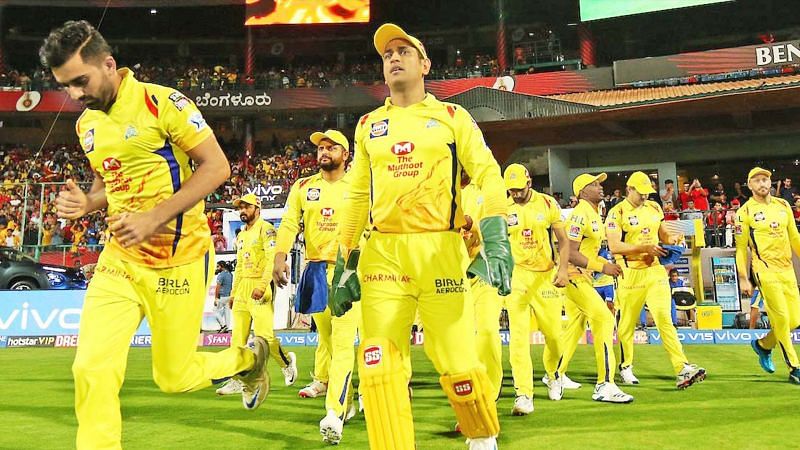 The Australian, who has a base price of INR 1 crore, would be a steal for any team if they can get him at that price. Although Marnus Labuschagne has never played in the IPL, he recently spoke about his excitement about playing the competition.

“You know like I’ve said that the IPL is a great competition. Personally, I would love to be part of it, but let’s see what happens,”

The arrival of Marnus Labuschagne has coincided with a lift in the Brisbane Heat’s #BBL10 fortunes. Could he be the key in Friday’s Eliminator final against the Strikers?

And this is before we even talk about his bowling! 🤤 pic.twitter.com/jfRFqrFTu3

The arrival of Marnus Labuschagne has coincided with a lift in the Brisbane Heat’s #BBL10 fortunes. Could he be the key in Friday’s Eliminator final against the Strikers?

And this is before we even talk about his bowling! 🤤 pic.twitter.com/jfRFqrFTu3

In the recently-concluded Big Bash League (BBL), Marnus Labuschagne proved his credentials as an able all-rounder in the shortest format of the game.

He joined the team after Australia’s series loss to India, playing six games for the Heat. During this period, he moved to third in the Brisbane Heat’s list of leading run-scorers in the tournament, scoring 176 runs. His strike rate of 123.07, although not impressive, was good enough for someone playing in the crucial number three slot.

However, it was his bowling that grabbed eyeballs Down Under. Marnus Labuschagne picked up ten wickets and made some crucial breakthroughs for his BBL side.

His strike rate of 10.2 was even better than that of frontline bowlers like Mujeeb Ur Rahman (12.8) and Mitchell Swepson (16).

All-rounders in T20 cricket are worth their weight in gold, with the IPL being no exception. Marnus Labuschagne would be an astute addition to any IPL franchise looking for a top-order batsman who can bowl a bit of handy leg-spin.

On that note, let us have a look at three teams that could snap up Marnus Labuchagne in the upcoming IPL 2021 auction.

With a solitary overseas slot remaining, Chennai Super Kings (CSK) could do well to snap up Marnus Labuschagne. With Shane Watson gone, Marnus Labuschagne could be the ideal player to replace his fellow Australian at the top of the CSK order.

The 26-year-old could also replace the ageing Faf du Plessis in the middle order. With the South African already 36, getting Marnus Labuschagne and subsequently retaining him can help CSK build a team for the future.

It is common knowledge that MS Dhoni likes to enter the field with multiple bowling options. For years, players like Suresh Raina and Kedar Jadhav have chipped in with a few overs.

Marnus Labuschagne’s handy leg-spin on a turning Chepauk track could be the perfect X-factor the team needs to bounce back in IPL 2021.

Thank you for the memories, and all the best for next season! 🤝#HallaBol | #RoyalsFamily pic.twitter.com/dhMM87bsTx

Thank you for the memories, and all the best for next season! 🤝#HallaBol | #RoyalsFamily pic.twitter.com/dhMM87bsTx

Rajasthan Royals (RR) let go of Steve Smith following his poor performance for the IPL franchise. How about replacing him with Steve Smith 2.0?

Marnus Labuschagne and Steve Smith are eerily similar when it comes to their playing styles, and there is no reason why the former cannot take on the mantle from his elder compatriot.

Known for being a busy customer at the crease, the long boundaries at the Sawai Mansingh Stadium in Jaipur could be perfect for Marnus Labuschagne.

His ability to run quickly between wickets will allow him to play the anchor role without being burdened with scoreboard pressure. The long square boundaries would further enhance his attractiveness as a part-time spinner for the Royals.

Marnus Labuschagne and Ben Stokes could form an ideal overseas all-rounder duo, giving Rajasthan the flexibility they need in the middle order.

There are no guarantees that players like Rahul Tewatia or Shreyas Gopal will perform as they have in the past; so, Marnus Labuschagne could replace them as an all-rounder in the side.

The Australian could also come into the side if David Miller fails to fire in IPL 2021. That would only strengthen the team’s middle order.

With Chris Gayle, KL Rahul, Nicholas Pooran and Mayank Agarwal, Kings XI Punjab (KXIP)’s batting has enough firepower to score big against any attack. However, if none of their batsmen fire, their top order could suddenly look very frail.

This is where Marnus Labuschagne could come in. He can fill multiple gaps for KL Rahul’s side and can be a useful addition to the team following Glenn Maxwell’s departure.

The all-rounder can also act as a floater for Kings XI Punjab, giving other batsmen the freedom to go all out while attacking. Such a situation will allow Marnus Labuchagne to play his natural game by staying true to his strengths.

In the event Gayle or Pooran run out of form, Marnus Labuschagne can also take a more prominent role in the side. A top 5 of Mayank Agarwal, KL Rahul, Chris Gayle, Marnus Labuschagne and Nicholas Pooran looks scary, and it could be just what KXIP may need in the IPL 2021 season.

Moreover, Marnus Labuschagne’s leg-spin can also fill the void left by Glenn Maxwell’s bowling. The Australian was used by KL Rahul in the powerplay last season, so Marnus Labuschagne could take up a similar role this year.

Australia batsman Marnus Labuschagne has fanned his Indian Premier League (IPL) prospects before the upcoming auction in mid-February. The 26-year-old said he would love to be a part of the marquee tournament. 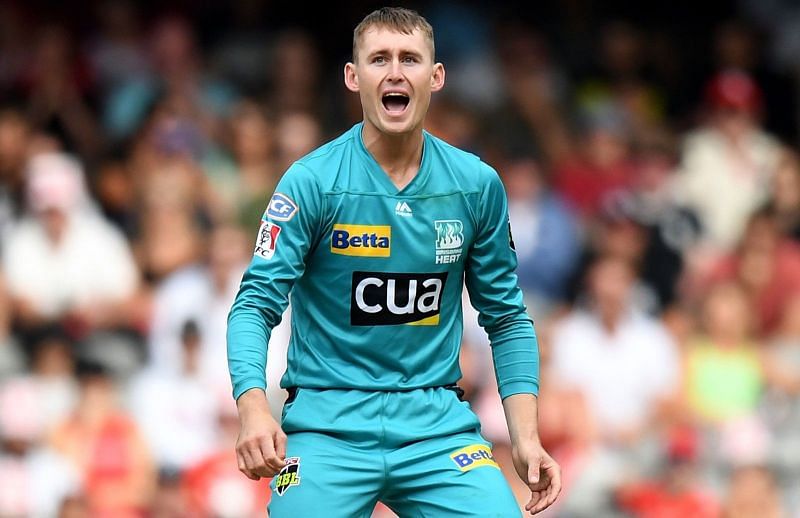 Marnus Labuschagne put the disappointment of Australia’s Test series defeat to India behind him as he starred for the Brisbane Heat during their crucial BBL win over the Melbourne Renegades on Saturday. 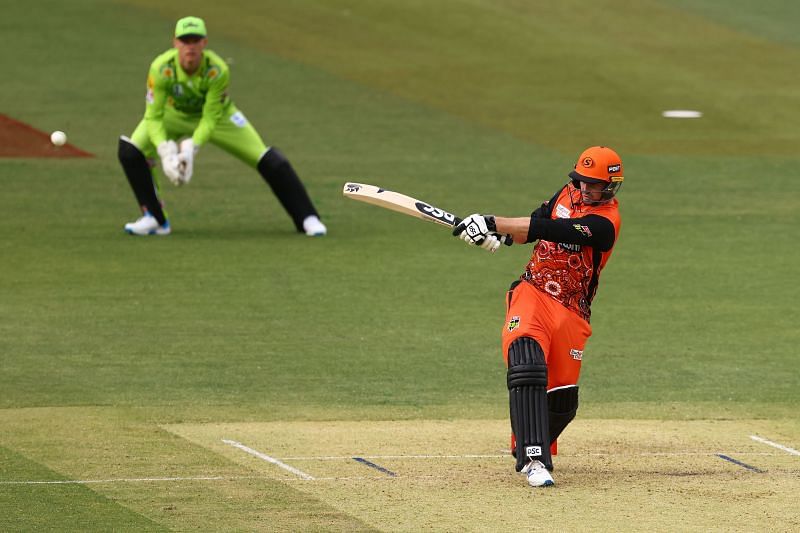 Perth Scorchers star Colin Munro has indicated that his team will need to take a subtle approach against Brisbane Heat’s in-form spinners, Marnus Labuschagne and Mitchell Swepson. The left-handed batsman wants his team to play smart cricket and not look to score big every time.

Adelaide Strikers defeated Brisbane Heat by 82 runs in the latest BBL encounter. With only a handful of games remaining in the group stage, the Heat are now likely to find it hard to finish in the BBL playoff spots.