On may 31 2009 Air France Flight 447 crashed into the Atlantic Ocean, killing all aboard. Prior to impact, the pilots struggled to correct the plane as faulty readings blared out. In their confusion, they drove the plane ever upwards in an increasingly steep climb. Eventually, the aircraft stalled, and dropped from the sky.

Analysis of the crash and black box led researches to ascertain that two things led to the tragedy.

What Is Cognitive Tunneling and Is It Bad?

Cognitive tunneling, or inattentional blindness is a common mental state where your brain focuses on things closest to you, instead of trying to evaluate everything around you. It is not without benefits though. Without it, it is possible we could become overwhelmed by all the information around us. It is perfectly normal, and occurs as much in the highly motivated and intelligent as the unmotivated and unintelligent.

However, as the above example with Flight 447 shows us, there are times when having a complete understanding on what is going on around us is critical, and in this way, cognitive tunneling can lead to disaster.

For example, if the pilots of flight 44 took a moment to fully assess what was going on around them, it is perfectly possible they could have corrected their flight, and later landed safely. But instead, through cognitive tunneling, they didn’t become aware of the problem because they weren’t paying attention to what was really going on.

It is as Charles Duhigg says in his book Smarter Faster Better: The Secrets of Being Productive in Life and Business,

“Cognitive tunneling can cause people to become overly focused on whatever is directly in front of their eyes or become preoccupied with immediate tasks. It’s what causes drivers to slam on their brakes when they see a red light ahead.”

For most of human history, situations where it was critical to have a complete picture of what was going on around you, instead of a particular point, were pretty rare. If you were out hunting, for example, cognitive tunneling could keep you focused on your pray, and not, at a fly beside you. Cognitive blindness cuts out information our brain considers irrelevant to the task at hand, but due to our current high stakes, high speed world, that isn’t so much the case and sometimes we need to be aware of what is going on around us.

Be Attentional to the Inattentional

What does it mean? Because cognitive tunneling is a natural mental state, it isn’t something that you can really turn off. However, there are two ways to effectively counteract it. All you need to do is be attentional: to anticipate and think.

When presented with problems that we have already experienced, it is normal for our minds to turn to the way they were resolved before. This can be effective, however there is no real reason to believe the same solution will work again, or is the perfect one for another time.

With cognitive tunneling, our minds will naturally skip over other solutions that may present themselves and refer to our older (possibly inferior system). If it doesn’t work second time around, then the problem stays but this time you are blind to other solutions.

For example, Bob is driving his car, and his engine breaks down. He remembers how this happened a few months ago and how he resolved it. But this time the solution doesn’t work and his car still refuses to start. If Bob were to have, before driving, thought about his car, and anticipated what problems may arise in the future, then he would be in a better situation to resolve issues as they arise by countering his cognitive tunneling with another solution ready.

It is often unclear when your mind is overwhelmed with information and goes into cognitive tunneling before it is too late.

No one can predict every single problem or emergency which may arise. But instead of reacting to the issue and robotically going through a checklist, think about the problem, describe exactly what is going on, and try to anticipate the results of everything, then you’ll be able to master any problem you come up against. 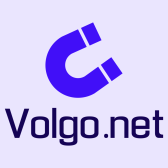