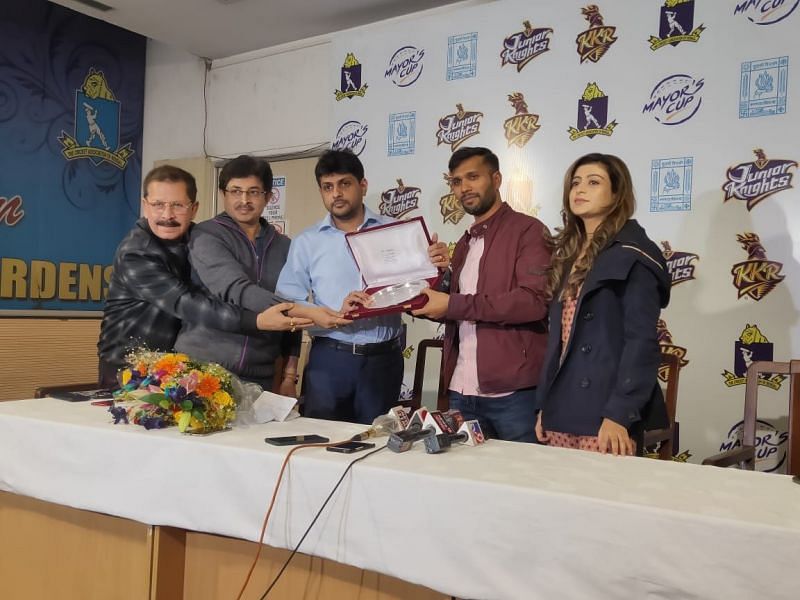 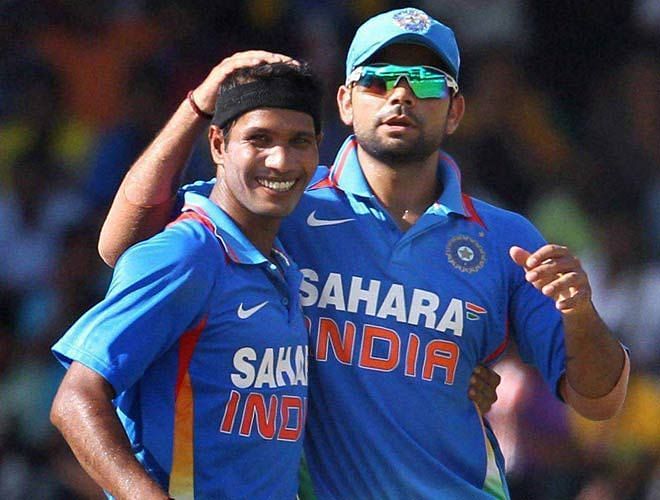 Former India fast bowler Ashoke Dinda has thanked Sourav Ganguly for going out of the way to hand him his Bengal debut during the 2005-06 Ranji Trophy season. The revelation came when the 36-year-old announced his retirement from all forms of cricket on Tuesday (February 2), calling time on a 16-year-long illustrious career.

Ashoke Dinda finishes as Bengal’s second-highest wicket-taker in first-class cricket – 420 wickets at a strike-rate of 54.7 from 116 matches. But it all started in November 2005 when Sourav Ganguly took him on board as the 16th player in an initial 15-member squad.

“There has been a special person in my life, present in all my cricketing moments, my guardian on the field, Sourav Ganguly. I still remember, when Bengal announced their Ranji Trophy team for the 2005-06 season, I was a part of the larger group, but could not find a place in the 15-member squad. Next day, Dada took me as the 16th player to Maharashtra. He made me debut against them,” Ashoke Dinda told a select group of journalists at the Eden Gardens.

Dinda further added in this regard:

“He has fielded at mid-off, always encouraging me throughout my bowling spells. I have learnt a lot from him. Same was the case during Duleep Trophy and IPL as well. I can never forget Dada’s role in my cricketing career. I thank Dada from the bottom of my heart.”

Congratulations on an incredible career. One of the finest pacers to come out of Bengal. Very very underrated! @dindaashoke
Enjoy the next innings of your life! 😊
.#DindaRetires #AshokeDinda #happyretirement pic.twitter.com/LICgMbubEJ

Congratulations on an incredible career. One of the finest pacers to come out of Bengal. Very very underrated! @dindaashoke
Enjoy the next innings of your life! 😊
.#DindaRetires #AshokeDinda #happyretirement pic.twitter.com/LICgMbubEJ

Apart from flourishing under Ganguly as Bengal’s spearhead bowler, Ashoke Dinda also enjoyed similar comfort while playing for the Pune Warriors India in IPL 2012. Even though the franchise finished ninth in the table, the recently-retired pacer scalped nine wickets at an impressive strike rate of 16 from seven matches.

Riding on his Bengal success, Ashoke Dinda earned a national call-up in 2009, for the home T20I series against Sri Lanka. He went on to play 13 ODIs and nine T20Is for India, picking up 12 and 17 wickets respectively in each format.

Despite adding several feathers to his hat over the years, Ashoke Dinda has often fallen prey to unwarranted criticism and trolling. Asked about dealing with the psychological setbacks, the 36-year-old said one should let only performances do all the talking.

“There are bound to be trolls, five fingers in a hand cannot be same. Every human will cop trolling in life. It is present among cricketers on a field, it’s present in football, even corporates have trolls in their office,” Ashoke Dinda responded to a question by Sportskeeda.

“So I feel whatever people say should be taken as blessings, and let your performance prove your worth. Not fighting with trolls, not arguing with them, I feel one should answer them through performance. And I believe I have done that pretty well.”

In addition to his exploits in first-class cricket, Ashoke Dinda also has 151 wickets in 98 List A matches and 151 scalps from 147 T20s under his belt.

Also read: “Going into India-Pakistan matches feels like going to war” – Ashoke Dinda looks back on his career [Exclusive]

Taking cue from his trolls, former India fast bowler Ashoke Dinda said he is planning to open a sports academy named ‘Dinda Academy of Pace Bowling’ – the name of a meme page on Facebook. The 36-year-old pacer announced retirement from all forms of cricket on Tuesday (February 2).

Former India fast bowler Ashoke Dinda on Tuesday shed light on how India and Pakistan players pretend not to know each other while being on the field, but they hang out together after the match.

Recently-retired pace bowler Ashoke Dinda narrated an interesting anecdote about him and Team India pacer Mohammed Shami. Ashoke Dinda and Shami both represented Bengal in the Ranji Trophy During one of these matches, Ashoke Dinda actually requested Shami not to take a wicket.